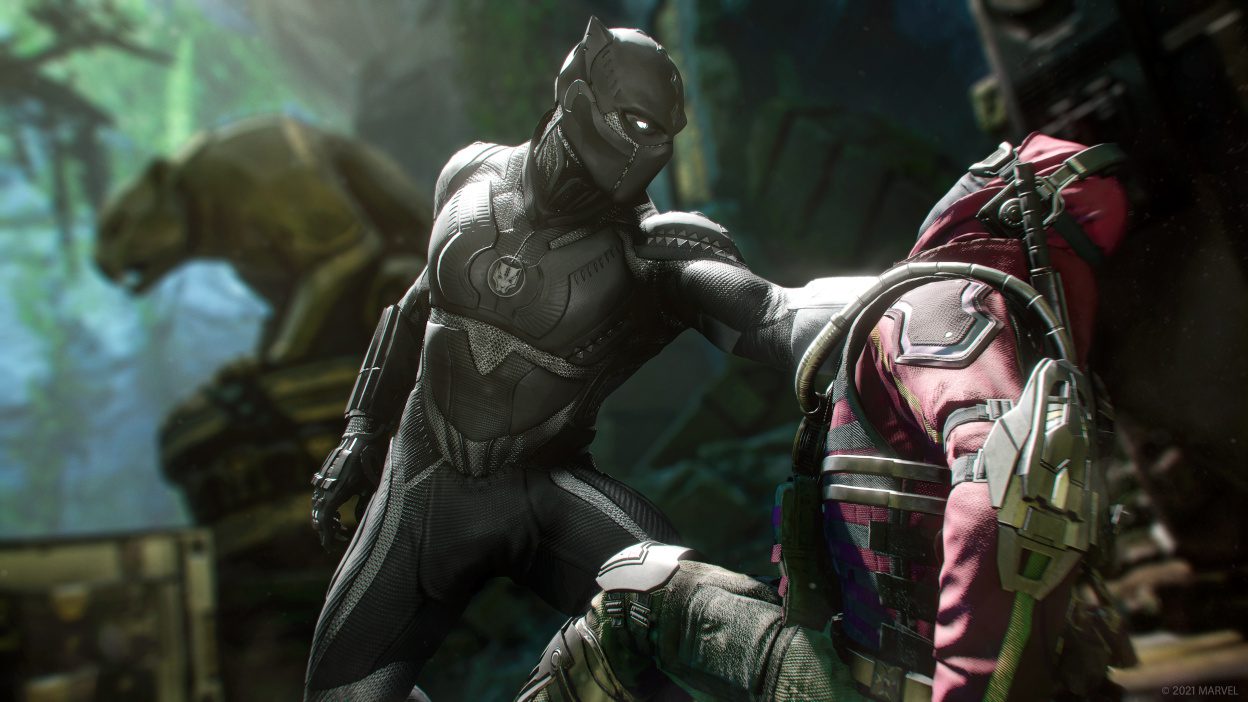 Marvel’s Avengers had a lot of things stacked against it at launch, and although Avengers Denuvo DRM didn’t really help its case on PC, it wasn’t the only reason it got a tepid reception. I think the lack of ongoing content, the shaky framework of a “live service game,” and numerous microtransactions, stingy passes, and Verizon tie-in DLC did that on its own. But if you do enjoy the game on PC (or stopped because of performance problems), this new patch has you covered.
The news comes compliments of a new update for the game (version 2.0.2), which doesn’t actually say outright that Denuvo was removed. However, PC players noted far and wide that it’s actually gone now, some of whom are citing improved performance on their rig as a result.
The main event of 2.0.2 involves a new outfit for Black Panther, fragment extractors, and multiplayer mission chains. But if you read closely into all three of these, you really start to see the cracks in Marvel’s Avengers crumble.
Black Panther’s outfit is actually a premium item. Fragment extractors are consumables that increase the number of fragments you get from playing, instead of just giving people more fragments in general. And more varied mission chains (dailies and weeklies with better rewards) should have been in from the start to encourage multiplayer.