My latest review is for Battle Ravens by Daniel Mersey and published by PSC Games. Just for disclosure, it was PSC Games who kindly sent me a review copy, but that didn’t influence my view of the game. It’s a war game set in Viking England and due to launch on Kickstarter on 20 November 2018, so keep an eye out. You either take the side of the Norse or the Anglo-Saxon armies, who face each other’s shield walls on the battlefield. Your aim is to puncture three holes in your opponent’s line to win the game by manoeuvring your warriors and attacking with your six-sided dice. However, the clever twist to this game is that your actions are determined by how many raven tokens you place on your six battle spaces. It creates a bidding element which means that being the first player isn’t necessarily an advantage.
Players take turns deciding how many ravens to place in a battle space, and once ravens have been placed in a space, they cannot be added to or removed from. You can ever only place nine ravens in one space, so it is tempting to just fill a space with the maximum, but you only have 20 ravens in total. That means if you always go for the maximum, you can only fill three spaces – two with nine ravens, one with two – leaving the other three empty. Your opponent may choose to place less, meaning they can cover more spaces and it also means that when you run out of raven tokens, they can continue to place theirs.
Deciding how many tokens to place in which spaces is what creates the real meat of the game for me. You don’t want to place too many, but also not too few. Like in a lot of bidding games, being the second player feels more powerful, because it is easy for you to counter the first player’s bids – but in Battle Ravens the first player also takes their actions first, giving them the advantage. It does feel like this really balances out the pros and cons of being first or second player.
Once everyone has placed their ravens, it is time to take actions. Again players take turns to choose a battle space and select a number of ravens to allow them to move that many units to an adjacent space, or to attack the opposing shield wall with that many dices. So battle is resolved with dice rolling, and the defender can block by selecting a number of raven tokens to roll that many dice. It creates a fair bit of randomness, but every player has three times during each round to re-roll a miss dice once, which gives you a bit more control over the outcome.
The first two rounds of the game tend to need very little strategic thinking, but very quickly players have to think about how many tokens to place where, to allow them to fill gaps in the shield wall if they lose combat. Here is where I think the real puzzle starts. Working out how many tokens to use for attack so that you still have enough left to block or move, is the real fun part. The strategic elements seem really limited when you first start playing, but it only takes a few turns to realize how much you do have to think about and decide to make your armies effective in battle. There is a lot to a game that looks so simple on the face of it.
For me the game is really a lot of fun, with the only real criticism being the time it takes to set up. Finding three bondi and three hirdmen for each of the six spaces from the large amount of standees is a bit time consuming, but if you have large baggies you could easily divide your forces for a much quicker setup. However, that really is the only thing. Once set up, the gameplay is really fun and quick, and I think you can easily play it in 30 minutes, rather than the 45-60 minutes that it says on the box.
I will definitely keep an eye on the Kickstarter when it launches in the next couple of weeks, and I think you should too if you like two player only games that are relatively light and quick to play, but a lot of fun, with a good amount of thinking required.
If you like this blog, my videos or my support for the community, please consider supporting me on Patreon. Even the smallest pledge is highly appreciated and allows me to create more content more professionally. Thank you. https://www.patreon.com/tabletopgamesblog

PS: Thank you again to Katie Aidley of PSC Games for arranging to get Battle Ravens and Lincoln review copies over to me. It was really very much appreciated. 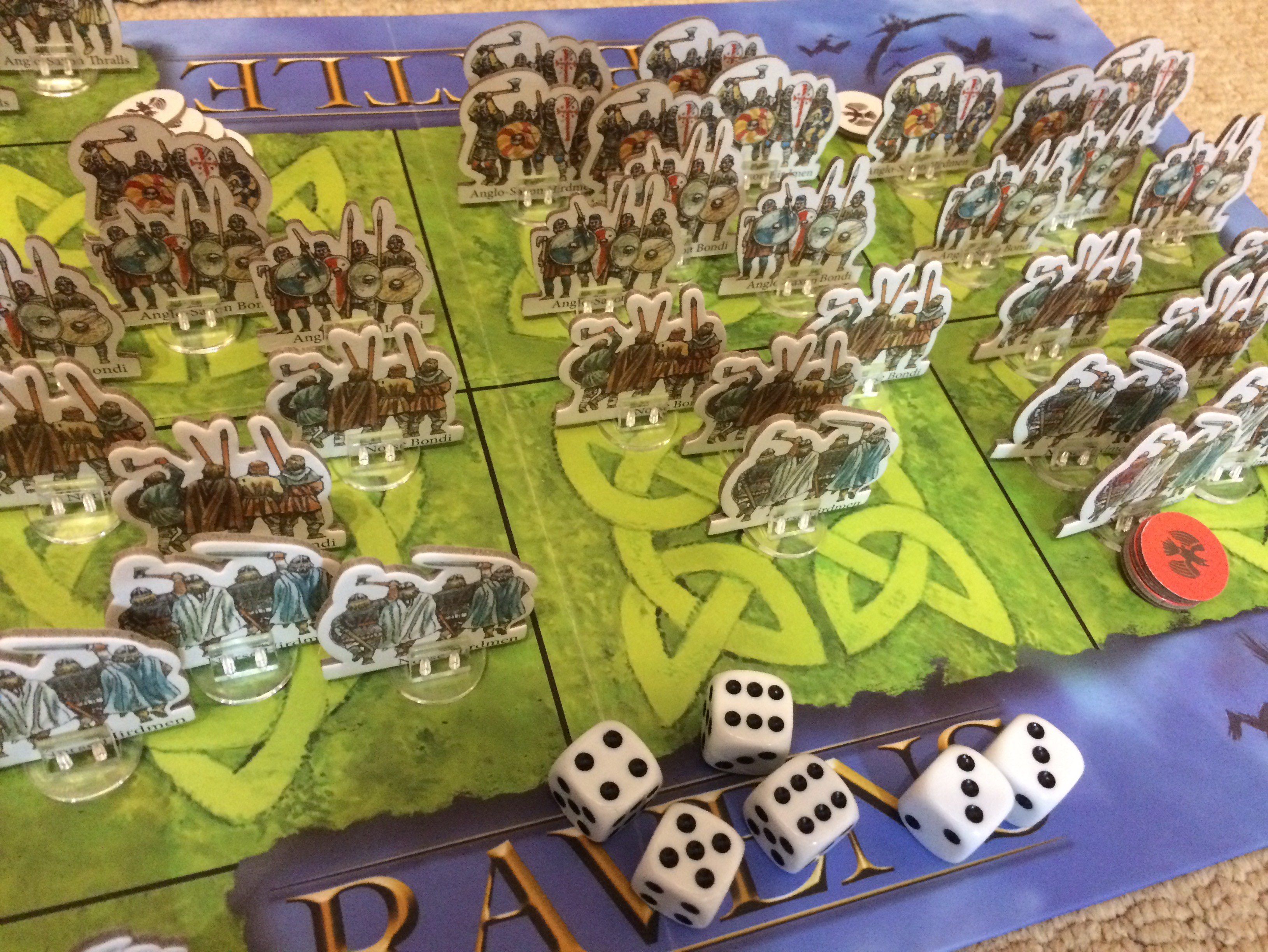