There is a lot of data on the internet. Like, a lot. It comes as no surprise that not every

on the web can be trusted. Between the 24-hour news cycle, disinformation campaigns, and the plethora of articles shared on Facebook each day, it’s easy for anyone to feel overwhelmed while trying to find unbiased and factual information. Whether students are writing a research paper or just trying to stay informed, sifting through cyberspace trying to find a reliable source can be confounding – that’s where media literacy can help!

In BBC’s 2018 article, “The (almost) complete history of ‘fake news’” author Mike Wendling pinpoints the origin of the phrase “fake news”, which emerged in 2016 after a Buzzfeed media editor noticed a steady stream of falsified articles coming from a fictional European town. Years later, the phrase in and of itself has become contentious, and now more than ever, students of all ages benefit from learning media literacy, which gives them tools for recognizing bias, misinformation, and more. 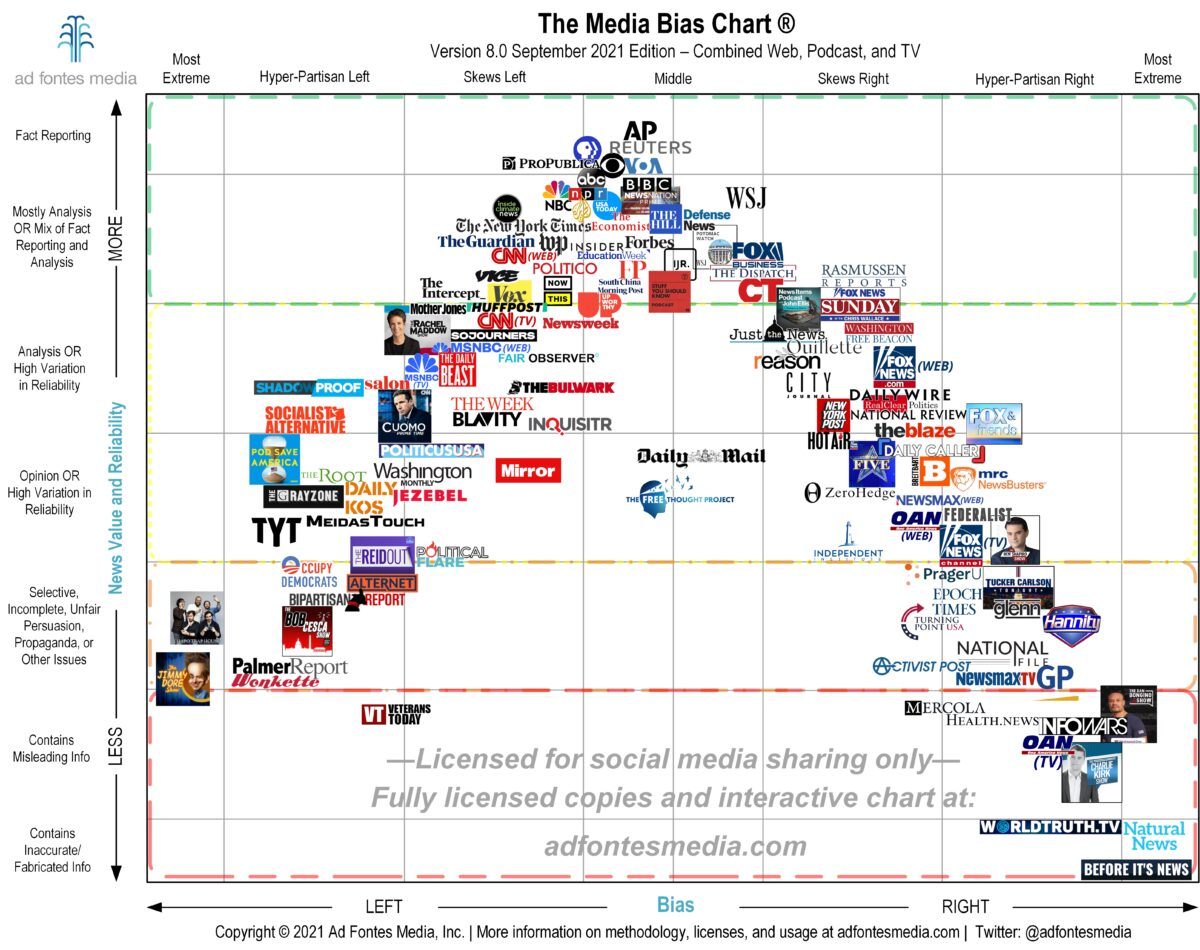 Media literacy is a broad term that refers to an individual’s ability to find, critically analyze, and actively engage with all forms of media. In the classroom, critical analysis of media is easier (and more fun) than ever before to teach, thanks to video games!

One example of a game to teach media literacy is Factitious, developed by the AU Game Lab. This free web browser/mobile app game allows students to read short articles along with their source, and then determine if the article is real or not. Utilizing news sources from The Onion to The New Yorker, this game helps students differentiate satire, opinion, and flat-out inaccurate information from reliable articles, through context clues. There is also a pandemic-specific version out now! 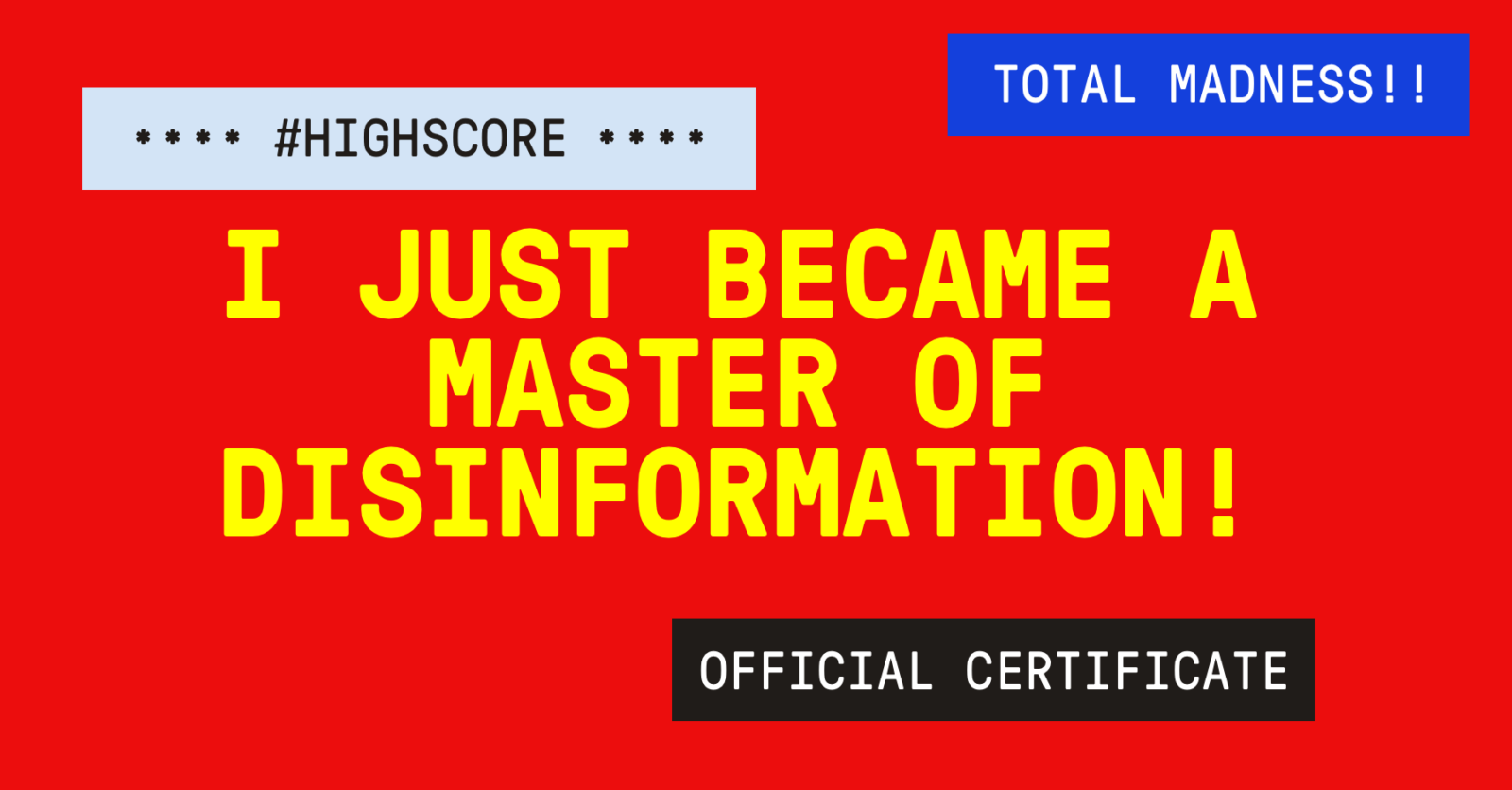 Flipping Factitious’s script, Bad News by DROG invites a student to make up their own disinformation, with the goal of the game to get as many followers as possible. Students can choose how far they go with hypothetical tweets, and how they angle their falsehoods, ranging from emotional appeals, charged vocabulary, and pseudo-science. Go too far, and a player will lose all credibility along with their follower count. 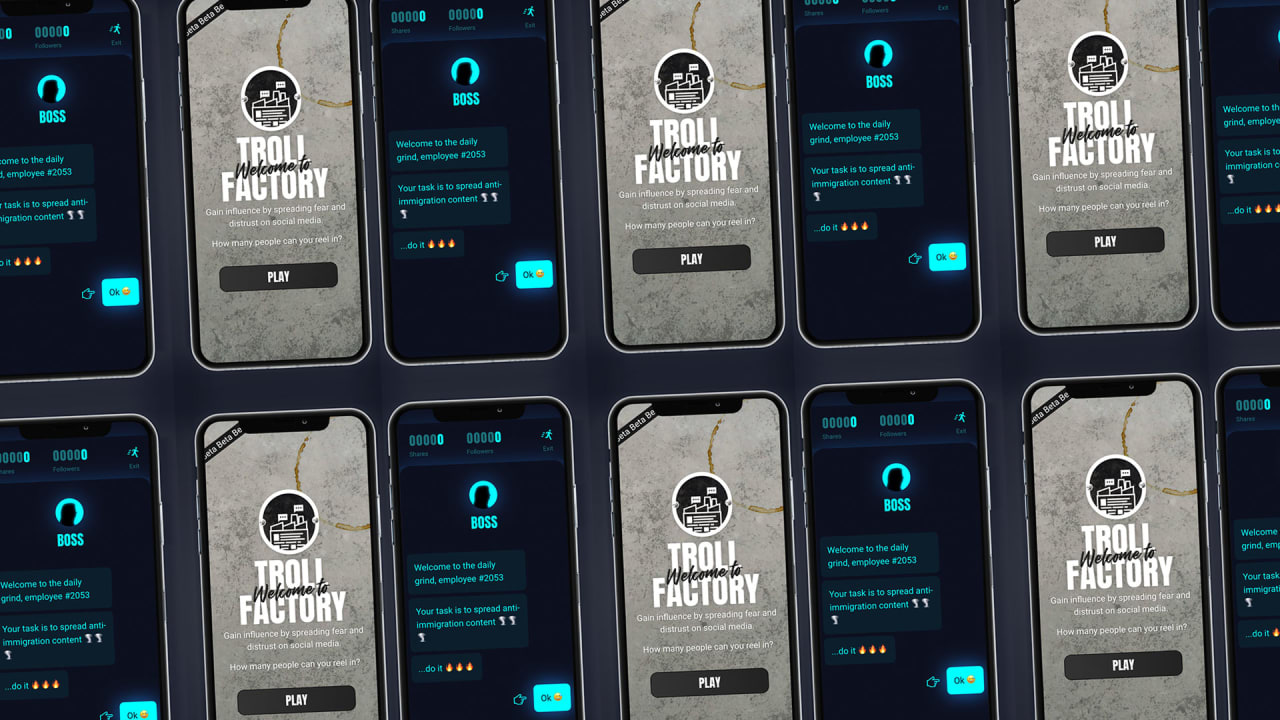 Using a similar premise to Bad News, Troll Factory, created by Yle’s News Lab, invites a player to become a professional troll, employed by an anonymous organization that amasses influence through fear-mongering and other forms of propaganda. This game is for older groups of players such as late high school to college students, considering the game is made up of real posts that contain sensitive and often upsetting material.

When it comes to a media literacy game for a younger audience such as grade-school students, Google’s Interland is a whimsical 3D journey through simulated cyberspace that educates players on media literacy, internet safety, and more. The game is made up of four mini-games: Reality River, which prepares learners to recognize inaccurate and dangerous information, Mindful Mountain, which teaches players to be intentional when sharing information on the internet (personal or otherwise), Tower of Treasure, which informs students about best practices for cybersecurity, and Kind Kingdom, which encourages young learners to put their best foot forward, even in digital space. 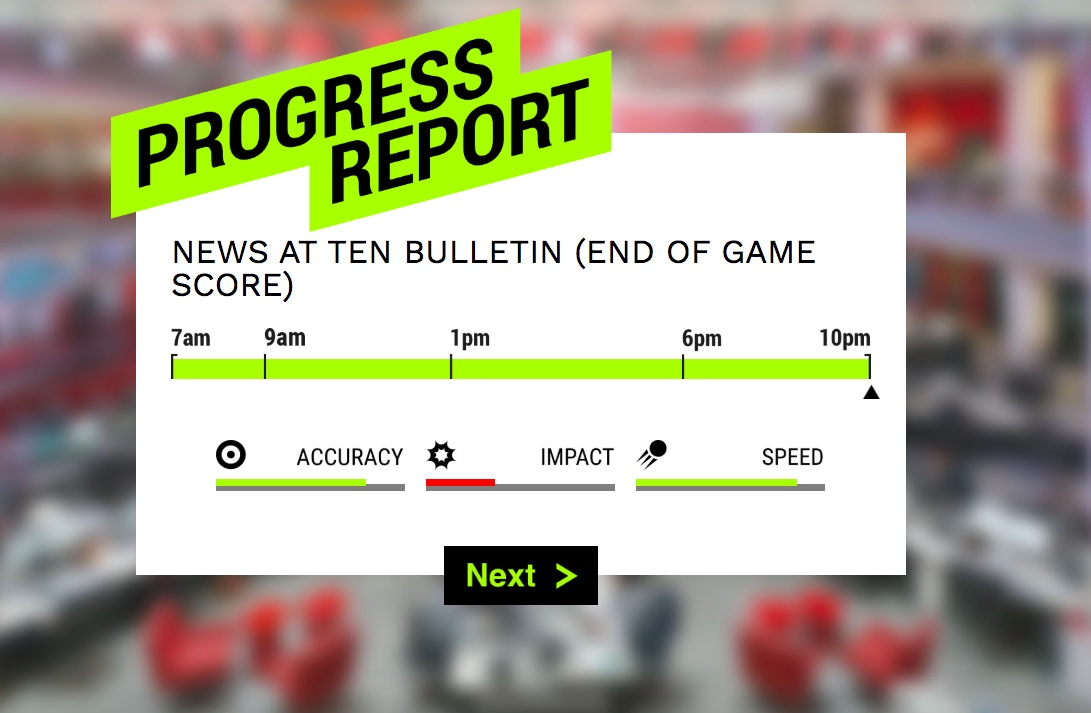 BBC and Aardman’s iReporter teaches media literacy skills through the lens of journalistic integrity. Players take on the role of a newly hired BBC reporter and are tasked with the quick creation of factual and interesting articles based on breaking news. Throughout the game, students learn best journalism practices and ethics all while avoiding the ever-lingering stumbling block of disinformation. 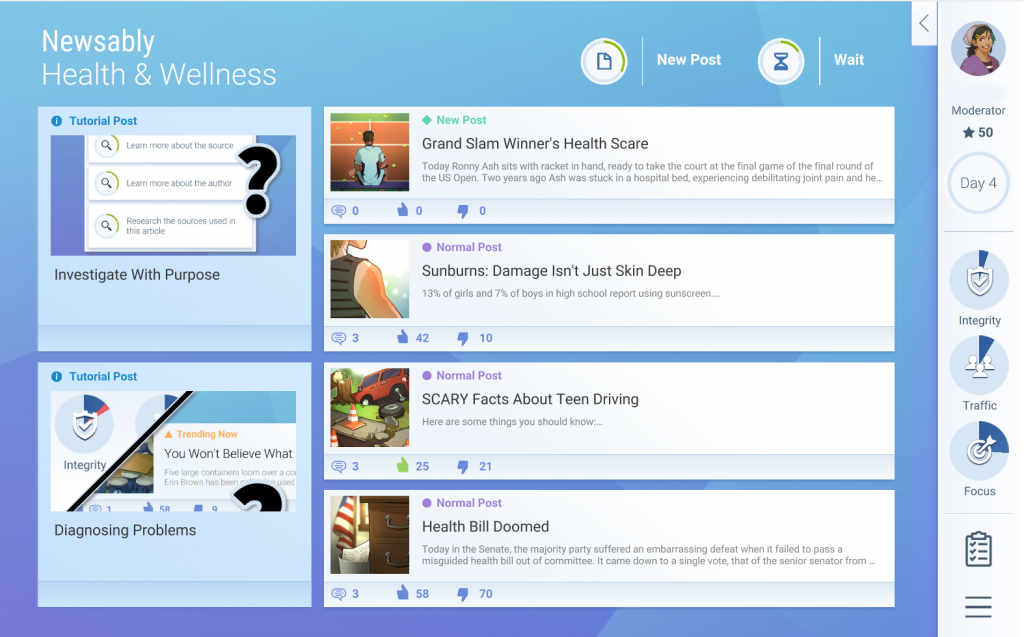 NewsFeed Defenders, developed by Filament Games in partnership with Annenberg Public Policy Center (FactCheck.org), is a game that builds students’ media literacy skills through the moderation of a fictional social media news site. The player must take care that no spam, unreliable news sources, or inaccurate information clutter their news feed, otherwise, they risk the reputation of their site. More specifically, the player must work to raise the integrity, traffic, and focus of their site by reporting articles that are fraudulent, all while approving and featuring articles that are fact-based and engage their fictional audience. Newsfeed Defenders features fact-checking, but also asks students to consider a bigger picture: what is the best way to capture an audience’s interest while also delivering the most high-quality, accurate content? Learn more about Newsfeed Defenders here.

These are a handful of the many media literacy games that are free to play and easily used in a classroom setting. These games not only teach students how to recognize disinformation, but also allow them to learn how it is created, how it spreads, and how it shapes and affects society at large. Also, students who learn media literacy skills are more intentional when seeking out information. Whether it’s helping students get a good grade on that research paper, or helping them to feel more confident navigating news media and social media, media literacy skills are great to have!

More on video games and literacy: