While the market is optimistic about a series of concepts such as Gamefi, NFT, and Metaverse, we have gradually discovered a very serious problem:
Ethereum now processes about 1.5 million independent transactions per day, and transaction fees have also soared (taking the Loot craze not long ago as an example, the gas fee of Ethereum once rose to several thousand dollars).
Although a variety of side chains represented by Polygon and various Layer2 solutions represented by Arbitrum have lightened the burden on Ethereum to a certain extent, because they are still in the early stages of development, various security risks and loopholes are also frequent occurred.
Therefore, when Ethereum is upgraded and expanded, keen DeFi players have already shifted their attention to cheaper and safer places—to find the next "potential stock" of the mature main chain ecology represented by Binance and Heco.
The project we introduce today is the Gamefi project ecology deployed on the Heco chain: forest kingdom.

Forest Kingdom Presentation
forest kingdom is a cross-chain "GAME+NFT+DeFi" comprehensive application ecology built with the blockchain game matrix as the core.
Through the layout of the three core sectors of game products, protocol products, and traffic products, a new form of next-generation blockchain games will be created, and a new open ecosystem and cooperation platform for blockchain games will be established.
Just from the brief introduction of the project, we can see the ambition of forest kingdom.
It will definitely not be limited to an ordinary game product, it will create a brand new world for all next-generation players. Its representative product: Fairy Cat [Forest Cat Kingdom].

Fairy Cat is a blockchain game developed by virtual elf forest management.
In the game, players can unlock the highest level of LV5 rare cats by upgrading cats and synthetic cats, continuously improving the level of cats and collecting fragments. The most important thing is to continuously collect fragments.

If you use one sentence to sum up the ways of playing the game, it would be "constantly stake Mining, -take experience to upgrade cats, -upgrade fairy cats to increase income and collect fragments, -unlock high-level levels, -finally unlock LV5 rare cats".
Understanding the team 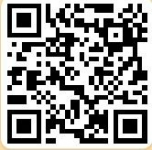 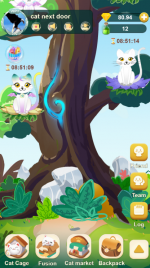 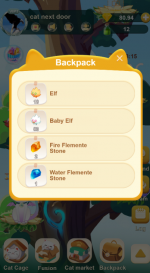 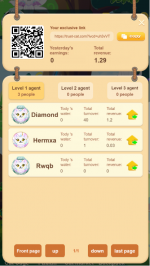