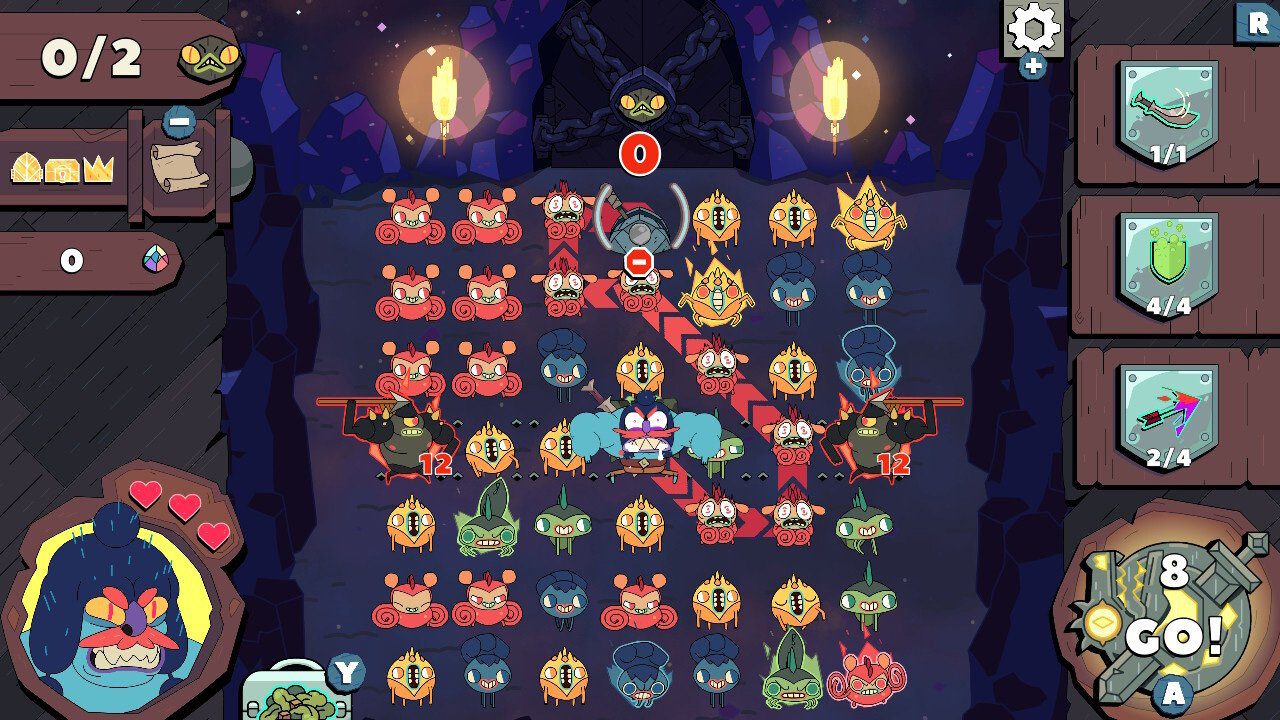 The PC version will have all content updates, including the just-released Fortune Grind​

Grindstone just won’t stop, and with more platforms still to hit, that’s for the best. Capybara is updating its monster-mashing puzzle game on Nintendo Switch and iOS today — the Fortune Grind update is out now — and the team is also releasing a PC version of Grindstone on May 20, 2021.
The PC version is launching exclusively on the Epic Games Store, and assuming it has price parity, it’ll cost $19.99, which is fair. From Apple Arcade to Switch to the Epic Store — it’s been a journey.
As for Fortune Grind, it’s a new form of the Daily Grind mode in which you’ll spin a wheel while strategically slicing through foes and pray it lands on a boon, not a creep. It’s not something I plan to engage with, but I will probably dip back into the main game to find the newly-added cave with 10 more levels. Capybara has also tucked in a Gold Health Potion and new recipes in the Slöp Höuse.
This game rules. It’s very long — to the point where you might not ever fully finish it — but it rules. It’s so satisfying to try and master Grindstone. Even once you think you’ve got it all figured out, and you can get every optional goal done without relying on items, it’ll find evil new ways to push back.