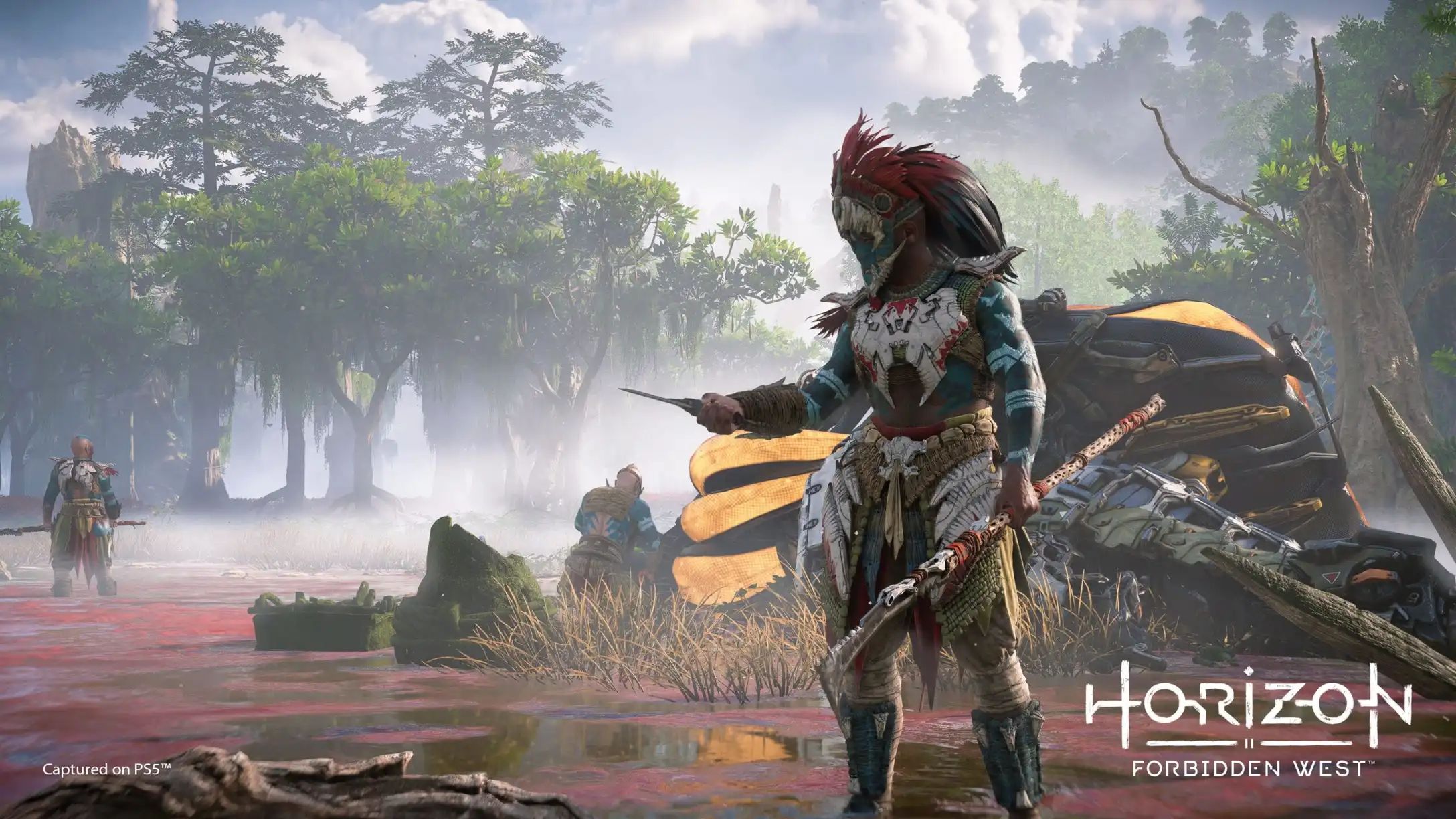 Horizon Forbidden West is due to release in a couple of weeks, and ahead of the game coming to PS4 and PS5 consoles, we're starting to see the first hands-on impressions of the game hit the internet. As expected, initial impressions suggest this is a game that goes above and beyond the scope of the 2017 original, showcasing Guerrilla Games' remarkable use of tech and improving on the foundations that the previous game set up so thoroughly.

Per the first hands-on preview from IGN, "combat is more complex, exploration is more free, and the world is teeming with more intriguing life (both robotic and human)" in Forbidden West than it was in Zero Dawn. One of the most eye-catching improvements the developer has made to the game, this time around, comes in the form of a new-and-improved UI overlay when you're climbing.

By using Aloy's Focus ping – the detective mode-adjacent thing she can trigger with R3 thanks to her fancy futurisitc earpiece – you can see clearly mapped-out routes up cliff-faces and similar obstacles, allowing you more freedom and clarity when exploring. This should take out some of the guess-work in trying to make your own shortcuts and prevent you from getting too lost in the map when you're just trying to hunt down those final few bloody collectibles.