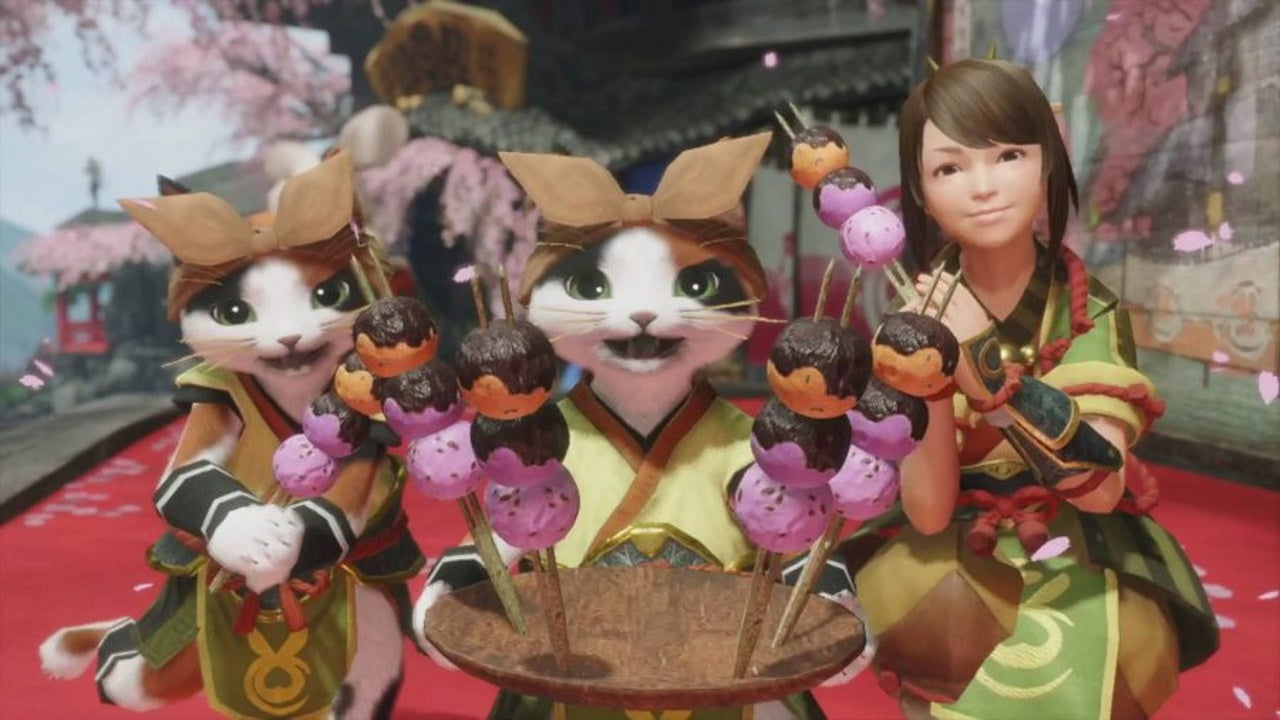 Monster Hunter Rise has had a very succesful Steam launch, as it seems players that have been waiting since 2021 to play the ex-Nintendo Switch exclusive have flocked to PC to see what all the buzz is about in Kamura Village. The PC port is even tempting people over that have pumped 100s of hours into the initial release on Switch.

Launching on January 12, 2022, Monster Hunter Rise on PC has – at the time of writing – seen a peak concurrent player count of 134,262 (per stats recorded on SteamDB). Those numbers immidiately shunt the game into second place as Capcom's PC launches go, usurping Resident Evil Village's peak of 106,631 concurrent players when it launched in May 2021. It's interesting to see a series like Monster Hunter, which is likley splitting between two branches with World and Rise in the future, attracting more players than the likes of a more mainstream-facing series like Resi.