Editors Note: We haven’t done a mystery preview yet so in true mystery spirit Albert had no idea what he was playing until he began. The usual rules about not being allowed to research the title applied here so any opinions formed about Moo Lander are entirely that of the writer with no influences from other sources. That being said, enjoy!


Moo Lander is exactly how’d you imagine it. No, not Neil Armstrong saying “One small step for man…” yada, yada, yada. There’s an N missing on the first word. This is a game about a spaceship, milk, and cows. Hence the word “moo.” During the hour-long demo, I had the pleasure of trying out, Moo Lander and I have to say, it was a trip. It started off with a ship crashing into an unknown world. With no equipment or weapons, I had to navigate along a woodland area filled with enemies and obstacles with the aim of picking up the most important component in this spaceship: a milk collector. 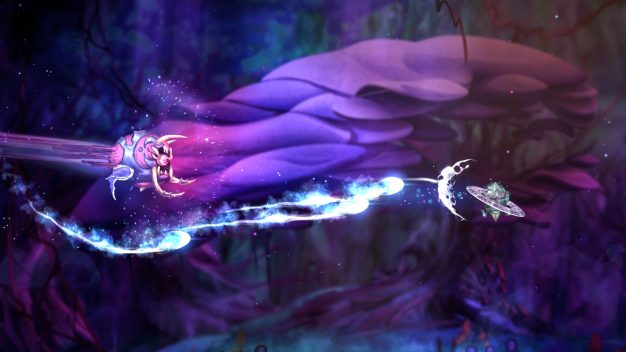 Why is the milk collector so essential? Well, it’s because this is a game about cows. Also, the milk collector is the spaceship’s way of processing power and converting it into useful items such as a shield, gun, or sword. That’s right, a milk sword. Anyway, after collecting enough experience from dispatching enemies and solving light puzzles, you are able to select from a number of upgrades for the spaceship. While the demo is limited only to a handful of abilities, the upgrade screen does show the potential for a sheer amount of those to explore in the final build. 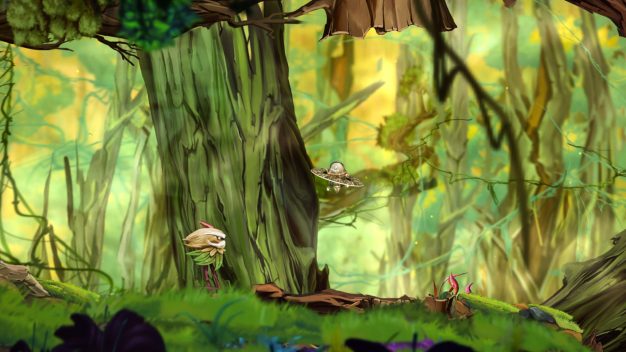 The recommendation in playing Moo Lander is to use a gamepad. I, unfortunately, went against that recommendation and used my keyboard and mouse. That was a mistake. With the ship having a multitude of abilities, navigation, and weapon-wise, controlling the ship becomes a difficult task. The WASD keys move the ship around, while the mouse controls both the shield and gun (if both are equipped) to aim where the shield would protect as well as fire the gun. Now, tack holding the I key to switch weapons and the left control key while pressing the direction where you would want your spaceship to phase through, you can see how controlling the ship quickly becomes awkward.

While I didn’t switch to a gamepad and trudged on with the keyboard and mouse controls, I would hope that the full game will take this into consideration and tweak the controls. An option to change the buttons to one’s choosing would be great. If not, at least make the buttons intuitive, like changing the switch weapons key to a button that’s not on the other side of the keyboard. 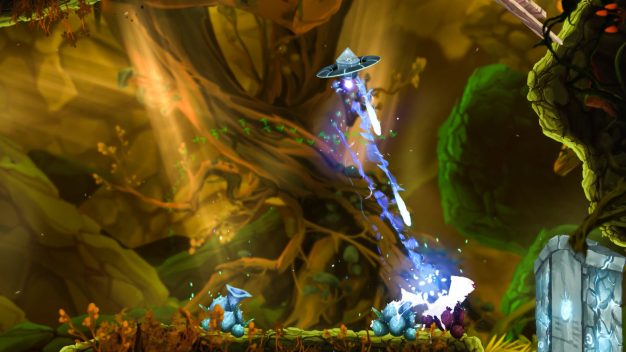 Another tweak I would hope Moo Lander takes into account is the difficulty of the game. I played on easy since this was a demo, and I am going in blind. Boy, did it give me a challenge! The problem is that a certain type of enemy spawns whenever its attacks land on solid ground. It creates a copy of itself, and thus attacks as well. When you have this enemy create about ten copies of itself so easily, and you’re trying to kill one of them to curb the spawning, it really gets annoying and hard. By the way, this is on easy mode. (It also really didn’t help that I chose the keyboard and mouse combination for controls.) However, the difficulty is really set just on that one enemy (you’ll know which one if you choose to play the demo), and it’s hopefully an easy fix for the developers. 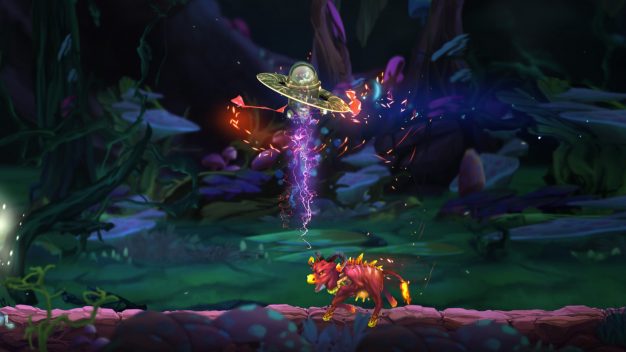 A few small gripes aside, I did enjoy playing the demo for Moo Lander. I could see it as a very fun Metroidvania-style shmup. The comedic factor of the game is refreshing and at times can give you a chuckle. I mean, we’re talking about a game with ships shooting cows with milk guns. If you fancy getting involved in the bovine shenanigans you can download the demo here. The full release of Moo Lander isn’t planned until next spring but you should get a pretty good feel for what you’re getting involved in if you want to join the antics now.

This preview is based on a demo copy provided by the publisher.

Hoplegs to bounce onto PC and Switch