There’s a lot to be said about a solid atmosphere in a game. Worldbuilding through exploration is a concept that ironically feels like it’s not explored enough these days. Luckily, the indie scene is full of developers with heart, passion, and a willingness to explore as we find out with puzzle-adventure title Omno. Omno is the product of one visionary, Jonas Manke, who began the project as a hobby and has been developing the game solo for the past 5 years. 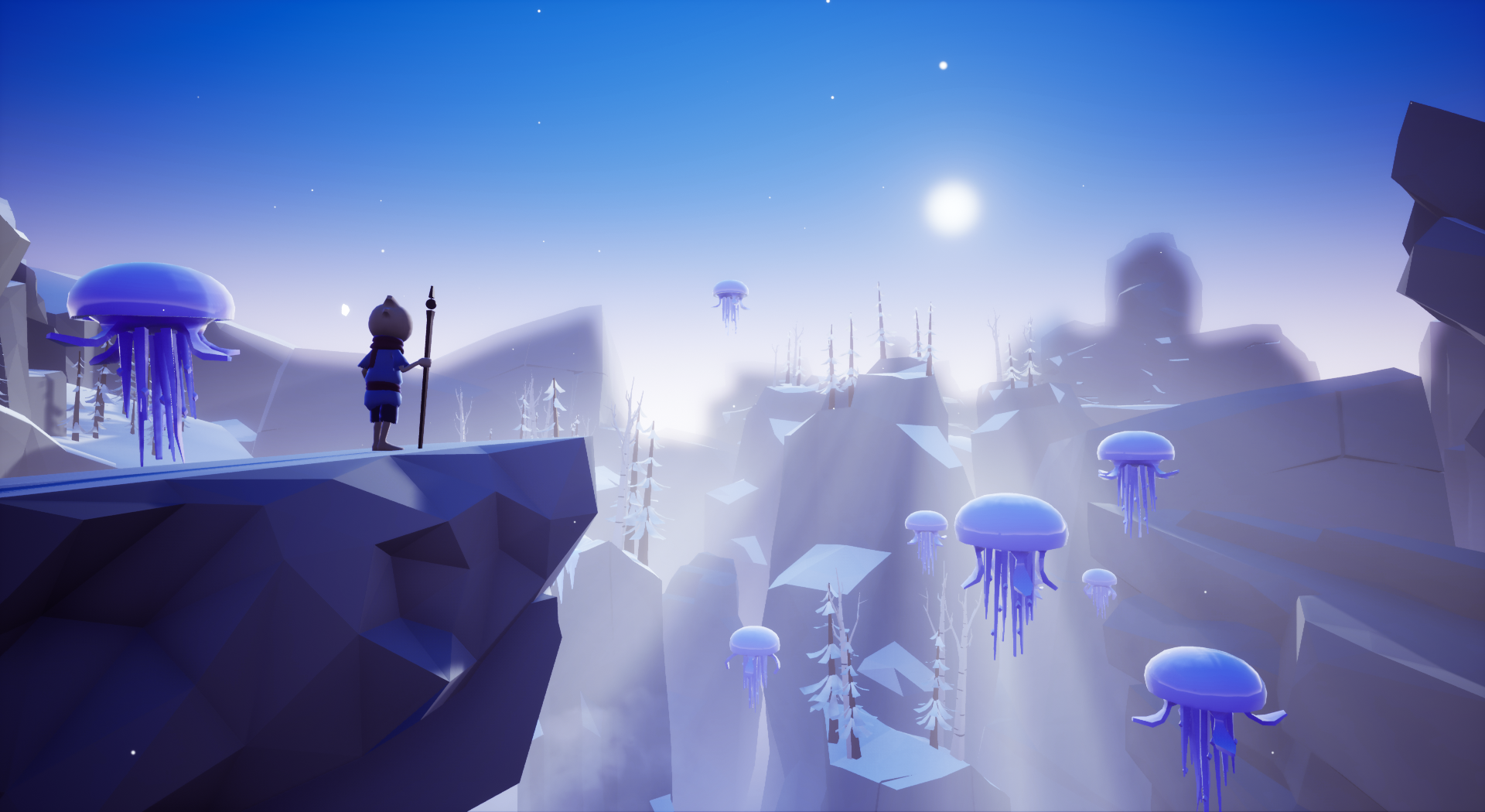 For this game, I was challenged by my friend and fellow writer Alex Southgate to jump in totally blind. No press kits or looking at the steam page, just download and play. There has never been a more appropriate game to try this out with. Themes of exploration, observing, and learning from the environment, are so prevalent in Omno that it seems structurally designed for this approach.

When you start the game you are given control of a player character in a strange new land. Nothing is explained, but you have access to an empty journal. As you explore and discover the wildlife of the area your journal fills out and gives you more background and context of the world. Outside of the journal, there is nearly no text or voice in the game; instead relying on conveying gameplay and goals through interactions with the world. I found myself pouring over the journal entries and latching onto every action and reaction that was shown in cutscenes. I went in not knowing what to expect and walked away with an emotional experience that replayed in my head for the rest of the day. 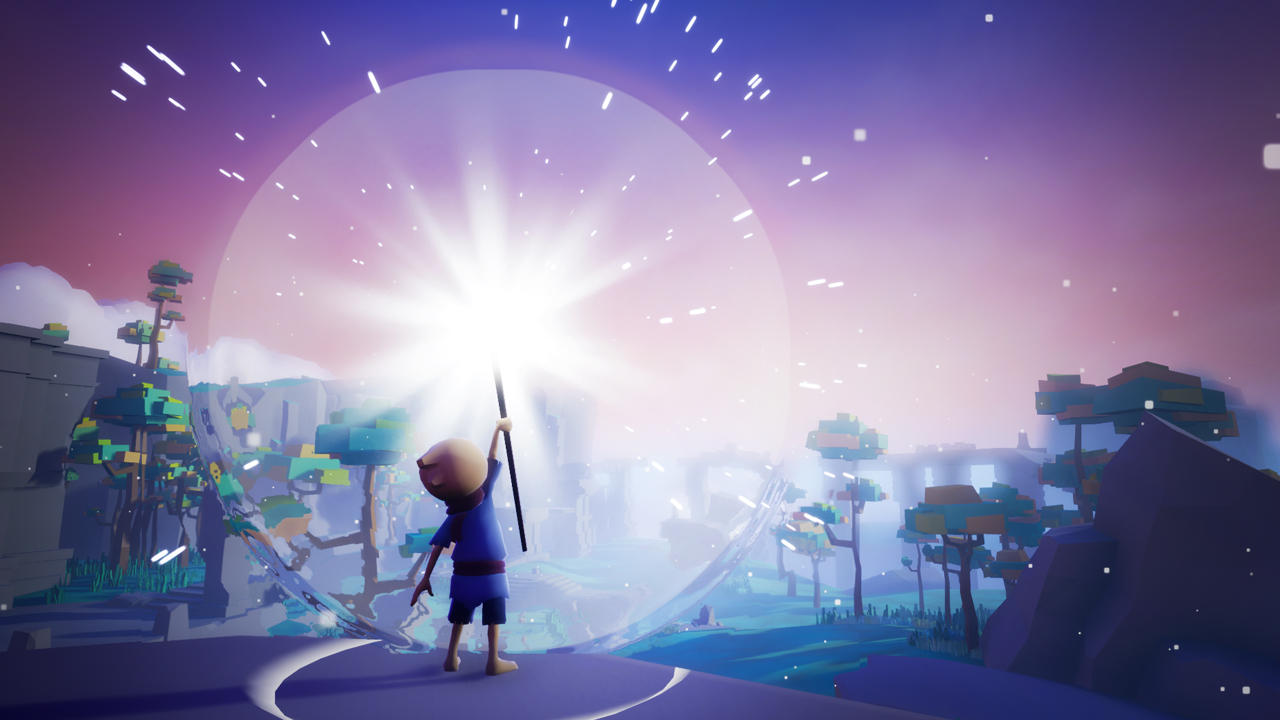 Most of the gameplay comes through traversing the sprawling world and solving puzzles to unlock passage to the next area. The puzzles and platforming around the map can feel challenging when learning how to read the environment and utilize skills but are rewarding when they click together. As you progress your character will get new abilities such as instant teleportation and an incredibly fun ability to use their staff as a surfboard and glide through hills. Unfortunately, there are only so many new skills to learn and use as the game is fairly short and sweet.

When I say short, I mean short. Omno took me roughly 3 hours, start to finish, but of course, those times will vary by player. The issue was that each area has goals to accomplish that are fundamentally really similar and didn’t do too much to change up the gameplay or puzzles in a significant way as the game progressed. Once you learned the loop you could check the objectives quicker and quicker with each area. Despite its short length, Omno did manage to get fairly repetitive in the way it played out. 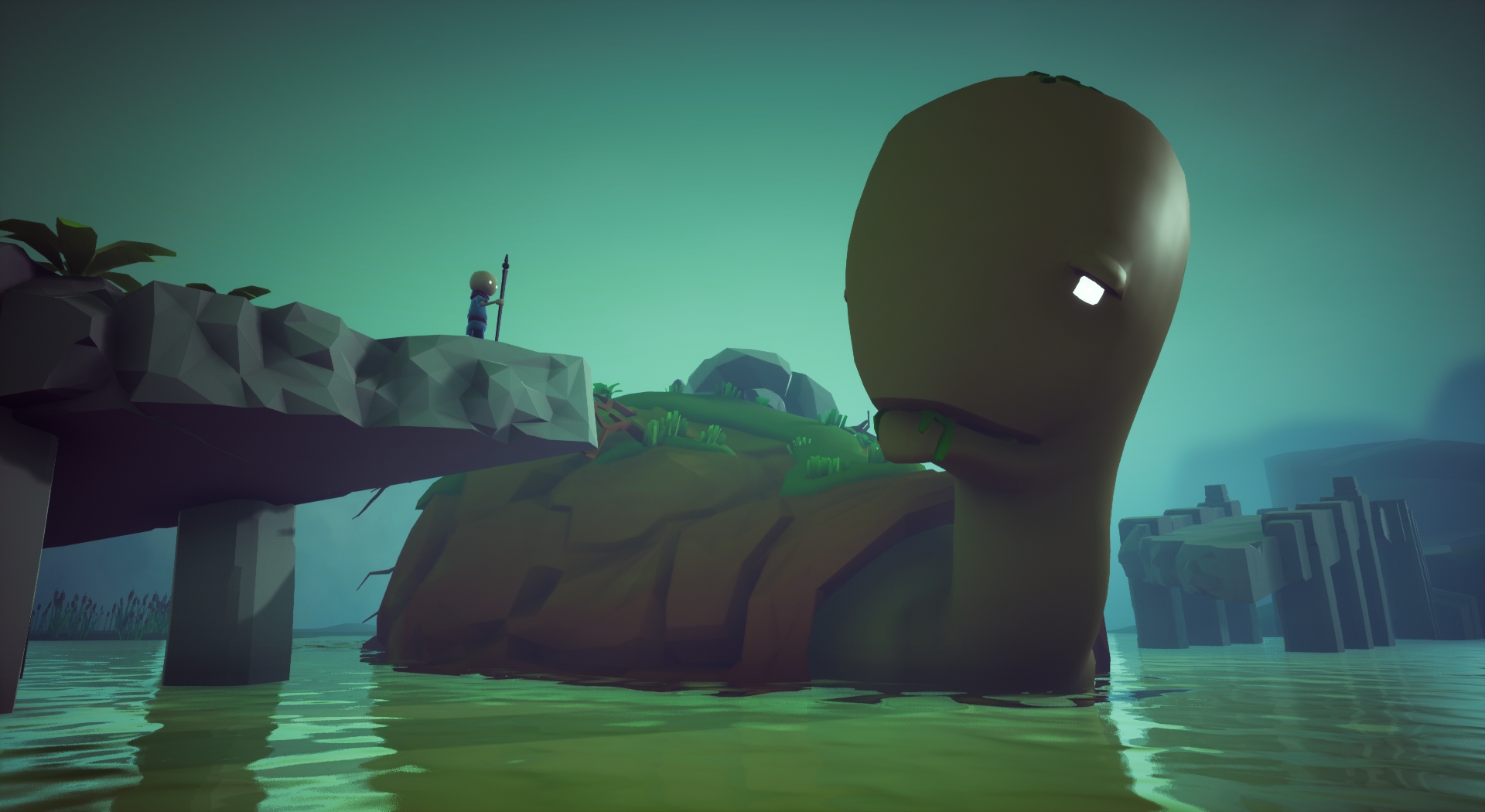 Omno feels like an eclectic mix of platformers of past generations with more modern sensibilities of environmental storytelling and atmospheric worldbuilding. If you break the game down to bare essentials you are mostly exploring maps, collecting items and platforming with new skills, not unlike the core gameplay of something like Banjo & Kazooie, albeit with less emphasis on the sheer amount of collectables. However, Omno really defines itself with Jonas Manke’s artistic touch. Every item you collect or species you record in the journal feels like it has weight and meaning.

I’ve played more than a few games with a one-man dev team and that more often than not feels like a fault, but Omno feels so masterfully crafted I was awestruck when the credits rolled and I only saw one developer. The game is minimalistic and beautiful, feels wonderful to control, and is incredibly atmospheric. The fact that one man made a game that feels so heartfelt as a hobby project absolutely floored me. 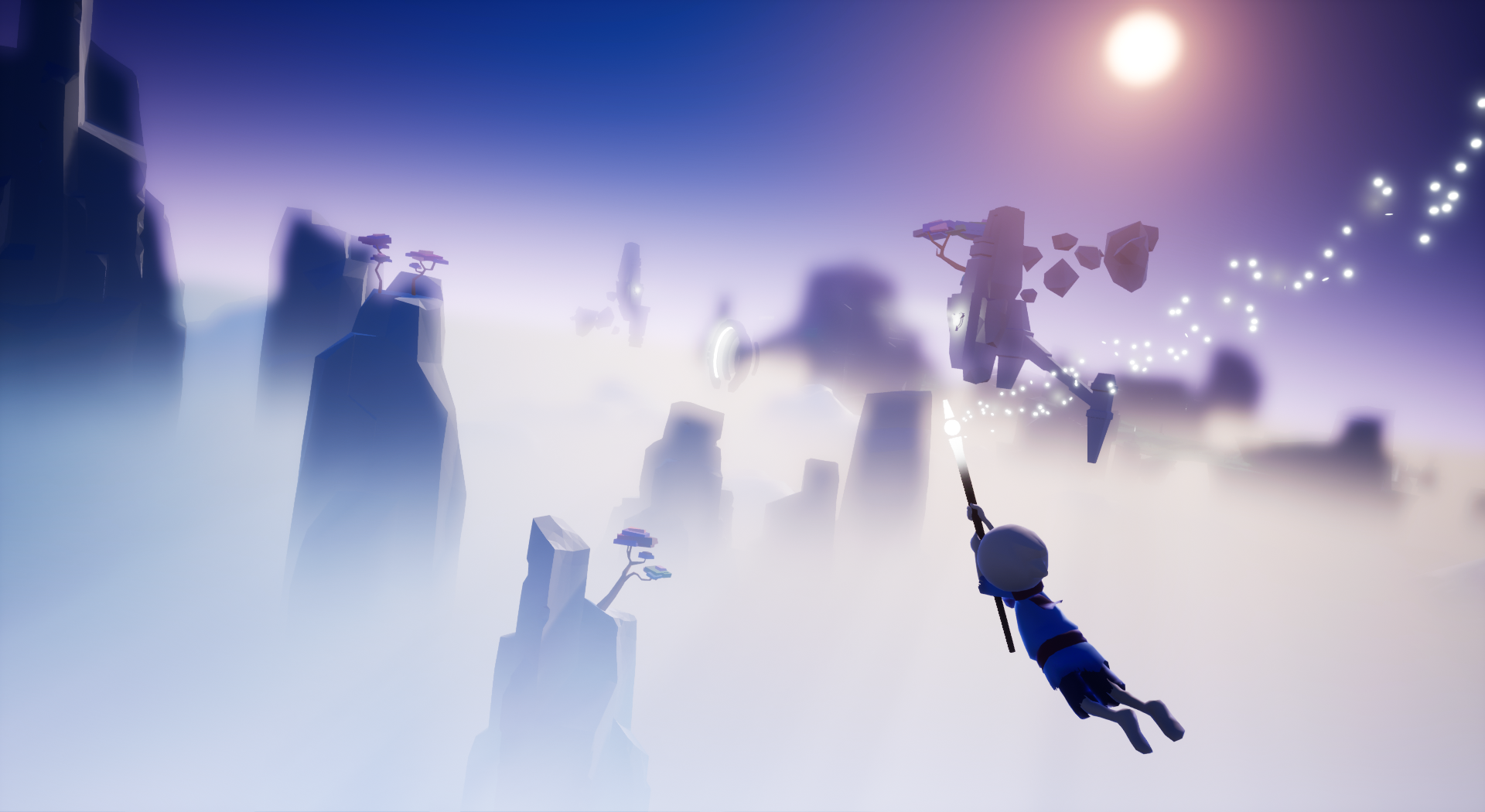 Omno is a beautiful and unique experience that knows how and when to pluck at your heartstrings. Exploring the world, learning about the animals that inhabit it, as well as finding touches of the past feels rewarding. Omno plays smooth and crisp and introduces incremental gameplay changes that feel fun to get your hands on. However, the nature of the puzzles and the goals you need to accomplish to “beat” the game never really progress or change in any significant way which can cause some stagnation, even in a title as short as this. That being said, Omno has heart, and a flair for cultivating an atmosphere that just feels good to exist in.