Editorial note: This is the first in what will hopefully be a series of mystery reviews. We’ll be touching more deeply on how this works and what makes it different from other review types in a separate feature, but in a nutshell, the reviewer has no idea what they’re reviewing until they begin. They have to promise not to do any research and aren’t even told the name of the game. This is partly a bit of fun, but more importantly an exercise to see how much of a difference going in completely blind makes to the end result. With all this being said, enjoy!

When writing a game review, I typically like to do a little bit of research before plunging headfirst into the game. I don’t like to look up cheats, but I enjoy knowing the premise, some of the mechanics, and what genre the game falls under. I’m open to trying new things and sometimes will be pleasantly surprised by the outcome, like that time I was forced as a child to go down a waterslide. I’d never heard of Wildermyth, but I was intrigued by the title and artwork.


I love fantasy-based games and I could immediately tell that Wildermyth had similar elements to games like Skyrim. Before gameplay begins, players are presented with three different characters, all of whom are randomly generated. However, you can regenerate the characters as many times as you want until you’re satisfied with your party.

These are your protagonists, and they possess unique skills based on their fighting style and personality. I decided to select Kelren, a decisive loner and warrior, Sildyr, a hotheaded intellectual and hunter, and Royynne, a romantic poet and mystic. They seemed like a good trio, plus I was hoping I could create a love triangle.

Everything was off to a good start and the story began to unfold in a choose your own adventure style narrative. As with any choice-based game, choices affect relationships and how the characters react in different scenarios. I decided to develop a friendship between Kelren and Sildyr.

While I enjoyed the narrative and the original comic-style design, there was nothing dynamic about the character development. You select a choice and suddenly two characters are friends without having to go through conflict or earn each other’s trust. I understand that this is a fantasy tale, but it would’ve been nice to see more maturation within this friendship. 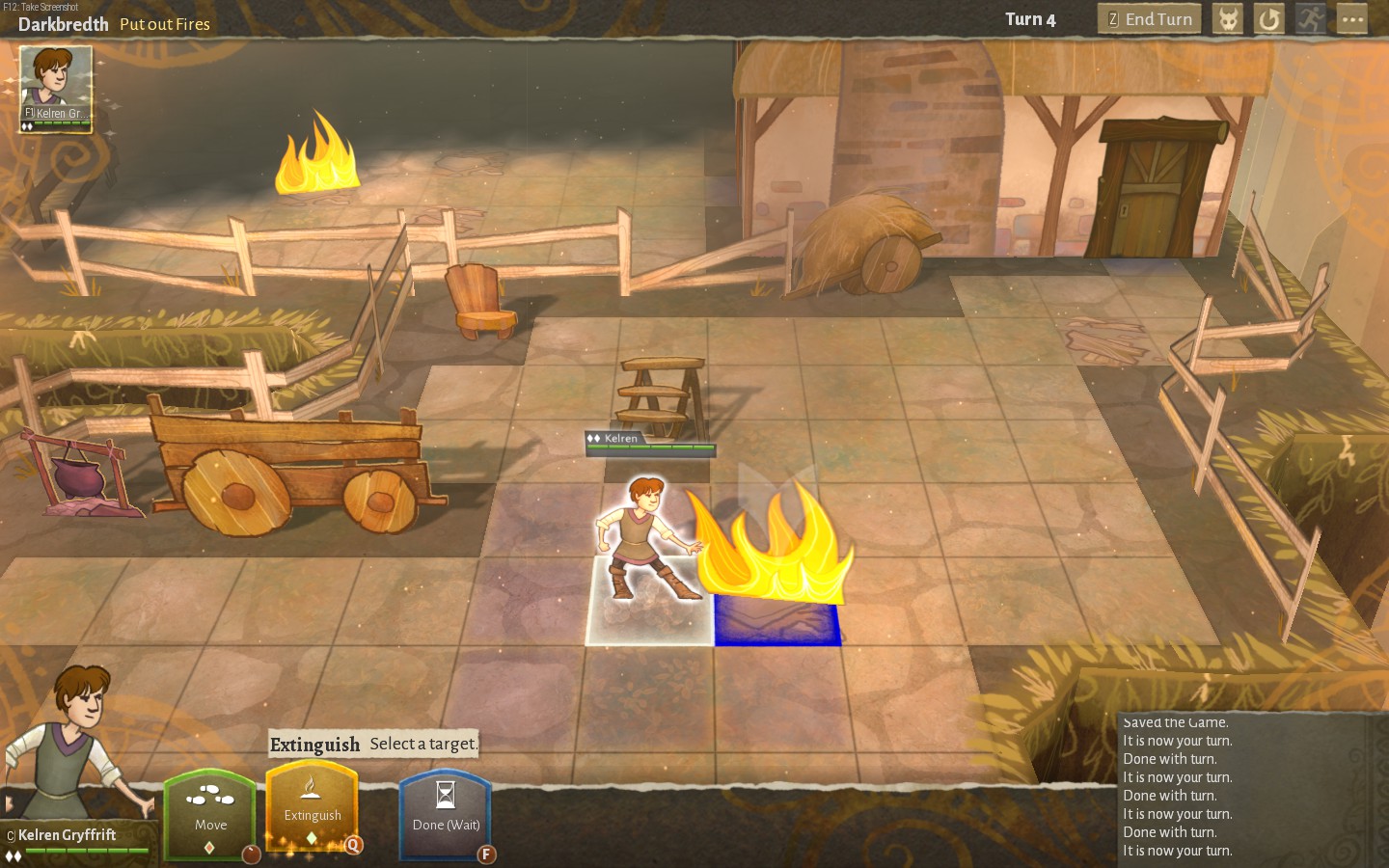 I probably should’ve set my standards lower for Wildermyth because once it was time for combat, I was sadly disappointed. I had high expectations, thinking that the fighting mechanics would be in real-time, but instead, my characters were placed on a grid and this made me feel very confined. I get it, lots of people are into games like Dungeons & Dragons but these campaign games are not up my alley. If I’m going to play a board game I want to play it with a group of friends, at my home, with music playing in the background and bottles of beer around us.

Thankfully, the Wildermyth tutorial provides clear instructions on how to fight enemies and navigate the board so I never felt overwhelmed during battles. As your characters gain skills and level up, they also learn new abilities that are useful for fighting more ruthless enemies. 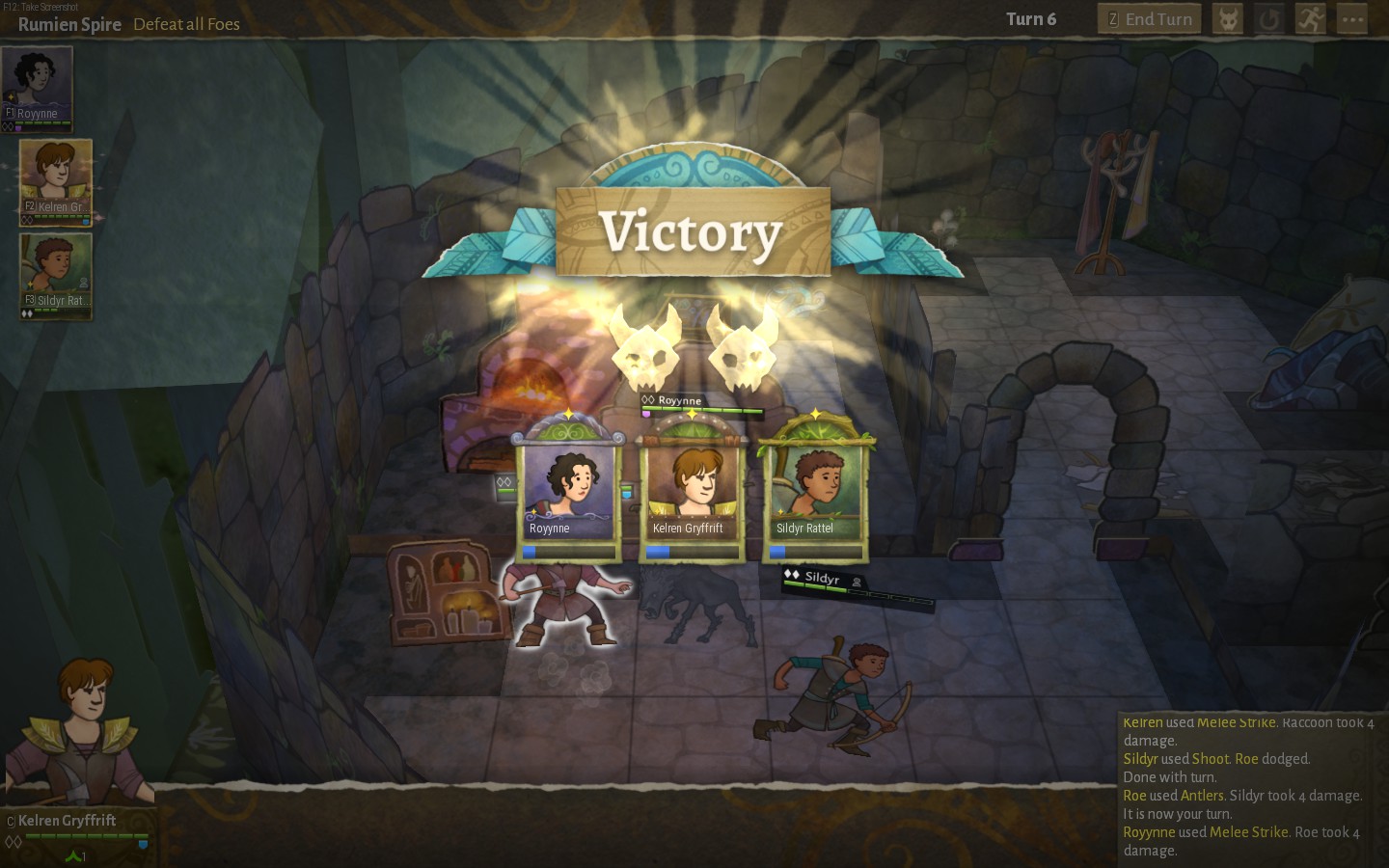 I had a hard time investing in multiple battles. Even though I was able to use all three of my characters’ strengths and successfully defeated the multitude of beasts, the combat was very one-dimensional and became very repetitious and predictable. Perhaps I’m spoiled with the games from major publishers. What can I say, I have refined taste when it comes to video games. If I’m not instantly hooked, it’s hard for me to fully invest my attention.

Wildermyth might not be my kind of game but I could see newbies or those who love tabletop RPGs wanting to add this to their library. You can access the game on Steam for both Windows and Mac, though it doesn’t appear to be a part of Steam’s summer sale.