PC Requirements for God of War Game which comes to PC by January 14, 2022 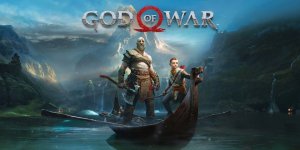 PlayStation has announced the system requirement for God of War, God of War is available on PS4 and comes to PC on January 14, 2022.

God of War's PC requirements is typical for what it is, being a three-year-old game that definitely gave the PS4 a run for its money. Santa Monica describes the PC specs for five different gameplay modes: Minimum, Recommended, High, Performance, and Ultra.

Santa Monica also released the God of War PC features trailer, going over some of the biggest technological enhancements available in the port, like Nvidia DLSS AI Performance Boost, and AMD FidelityFX Super Resolution amongst other more general improvements.

Importantly, it appears that whatever the rig, most players should be able to enjoy God of War on their PC. With recommended requirements that come just under the recommendations for a big release game like Halo Infinite, even if one's computer is a bit older, chances are it should still be able to play God of War. Being one of the greatest games that came out on the PS4, this is an opportunity for so many people to play God of War who haven't before that they truly shouldn't miss.

Anticipating its release by January

Halo Infinite is here, check out the beginner’s guide