PES is now eFootball and free-to-play 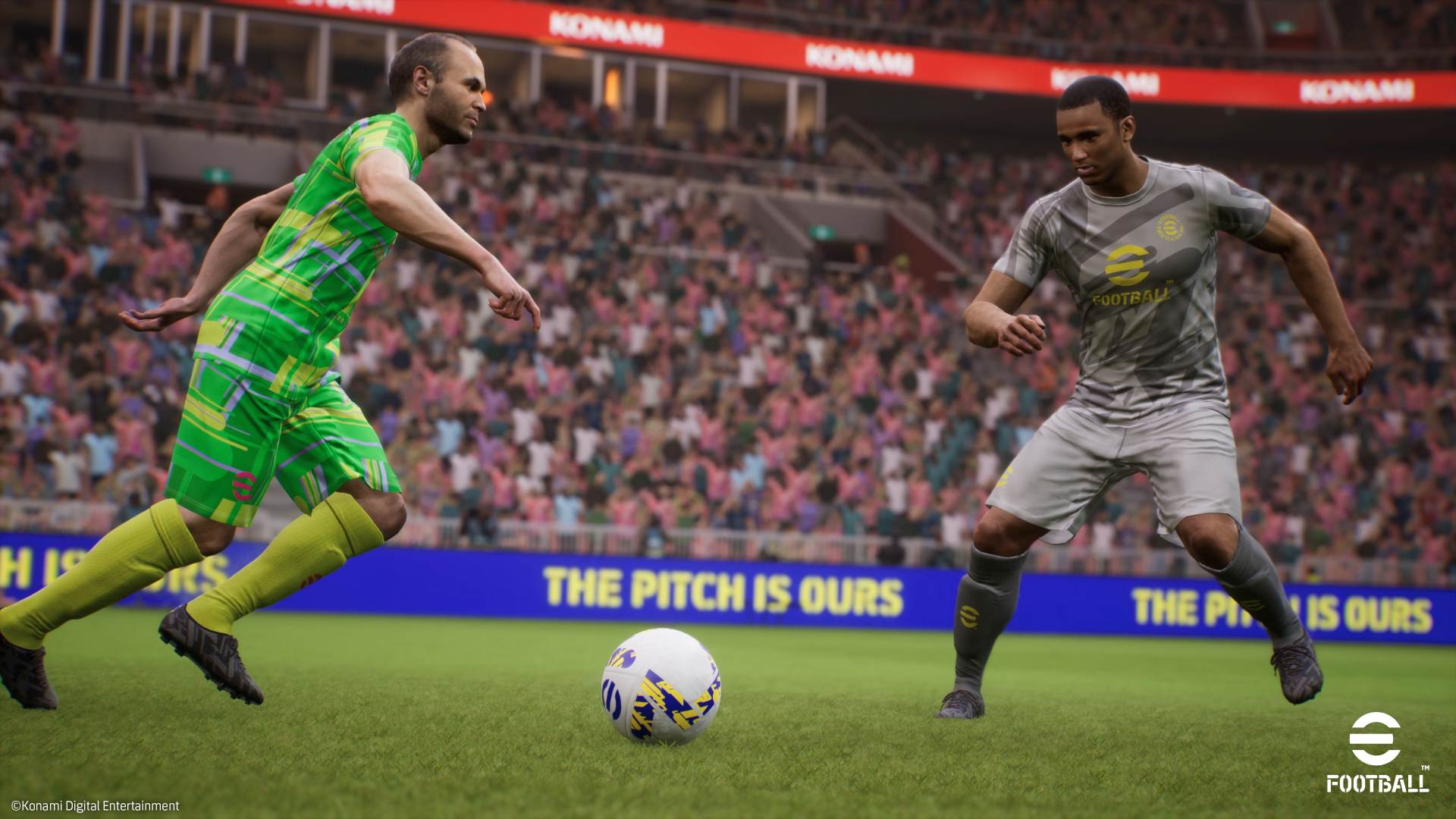 Konami announced today eFootball is its new soccer game, as the successor to PES, and it’s got some changes in store. eFootball is coming to both Xbox and PlayStation console generations, as well as PC, this fall, and it’s switching up much of its approach.
Konami’s eFootball will be a digital-only, free-to-play soccer game. The plan for eFootball is to provide a “fair and balanced experience” for players across all platforms, though more about gameplay and the online modes will be revealed later in August.
Because it’s a digital-only title, eFootball will also be receiving content updates over time after it goes live. Local matches between FC Barcelona, Juventus, FC Bayern, Manchester United, and others will be available for free at launch. In the future, “certain game modes” will be sold as optional DLC.
eFootball will also have full cross-play support post-launch. The soccer experience is also coming to mobile on Android and iOS, though at a later date.

Finally, eFootball heads into the new console generation with a new engine. Konami will be implementing the Unreal Engine for this game, which it says has allowed the team to massively overhaul player expression.
It sounds like a big overhaul for Konami’s soccer series, as it continues to compete with Electronic Arts’ annual FIFA offering. The company had surprise-dropped a “New Football Game Online Performance Test” last month, in order for players to help test its online matchmaking and servers. Now, it looks like Konami’s offering is looking to offer an alternative, both in how it plays and in how it rolls out over time.
Whether Konami’s eFootball can square off against FIFA, we’ll see. EA is likely set to discuss more about its own soccer series tomorrow during this year’s EA Play Live event, as it also hosted a recent spotlight on this year’s game. But a competitive, free-to-play sports title does seem like it could shake up the status quo a fair bit.

PES is now eFootball, going both digital-only and free-to-play

Konami's soccer series is changing things up in a pretty big way, as its headed into a new year's entry with a new title and more.