The shoot-em-up genre, or shmups as they are colloquially known, has been a staple of video games for as long as I can remember and I have been playing video games for a long time. While they don’t garner the same attention as they once did, there are a few titles out there that fans have kept alive. One of those would be the DariusBurst series from publisher Taito and developer ININ Games. DariusBurst: Another Chronicle EX+ is their latest release and even though this is a 10 year old game, the new additions in ships, levels and a fairly robust co-op mode will have players glued to their screens. So, load the game into your console, jump into your ship and send those evil Belsar forces running, emblazoning your name into the upper echelons of the DBACEX+ leaderboards. 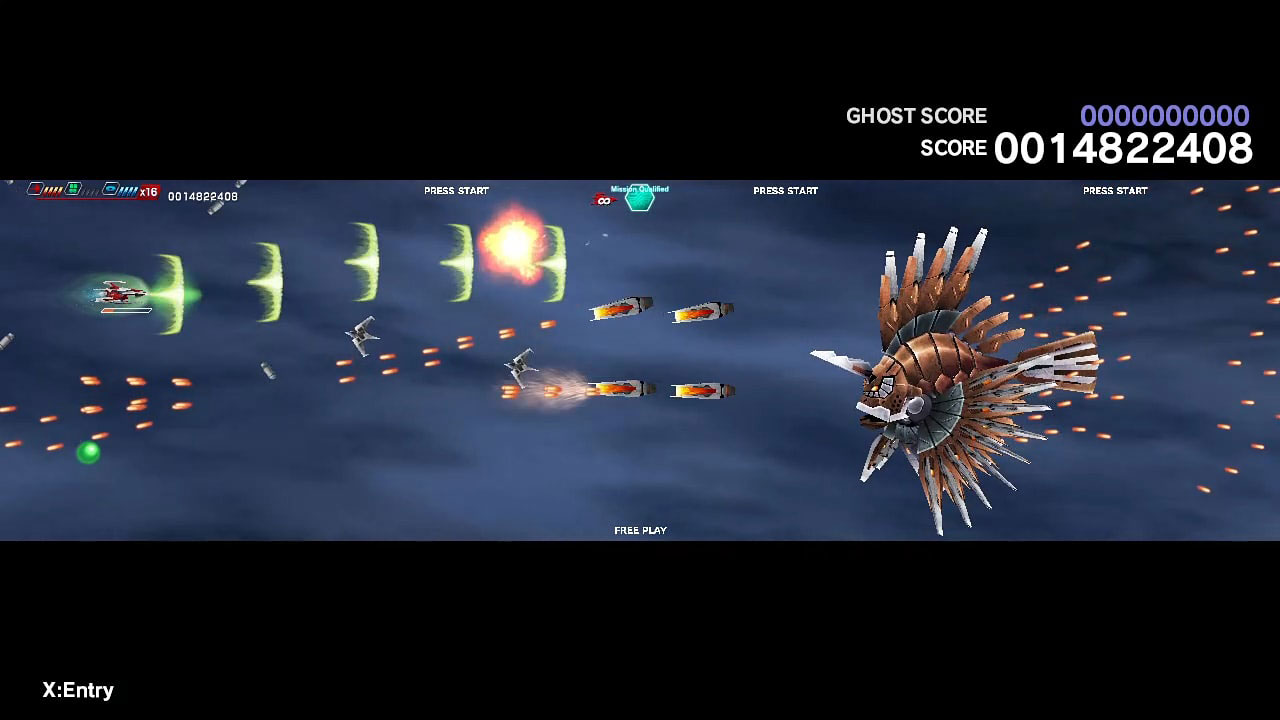 To celebrate the 10th Anniversary of DariusBurst, Taito got the original band back together and assembled a new updated version that is sure to please fans of this series and newcomers alike. The DariusBurst series began in 2009 on Sony’s most famous handheld, the PSP. This formula was then greatly expanded upon the following year with additional features and improved graphics for the 2010 arcade release. This new 2021 release will not only include features of the arcade version of “Another Chronicle EX”, but will also offer new features like a replay mode, new missions and local co-op for up to 4 players. How long has it been since you have played a local co-op game with friends? 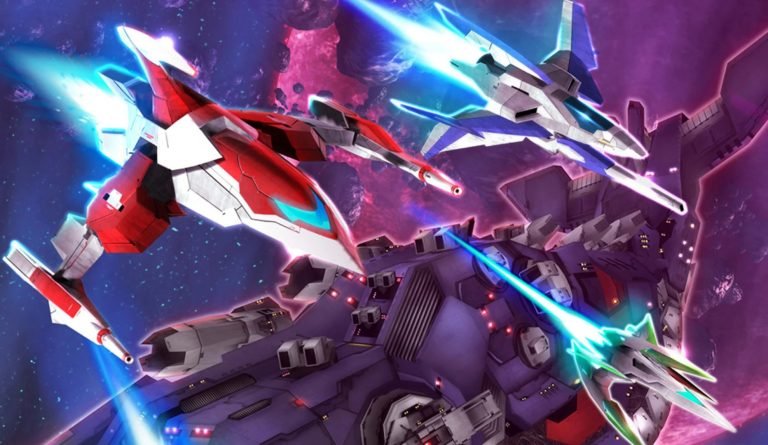 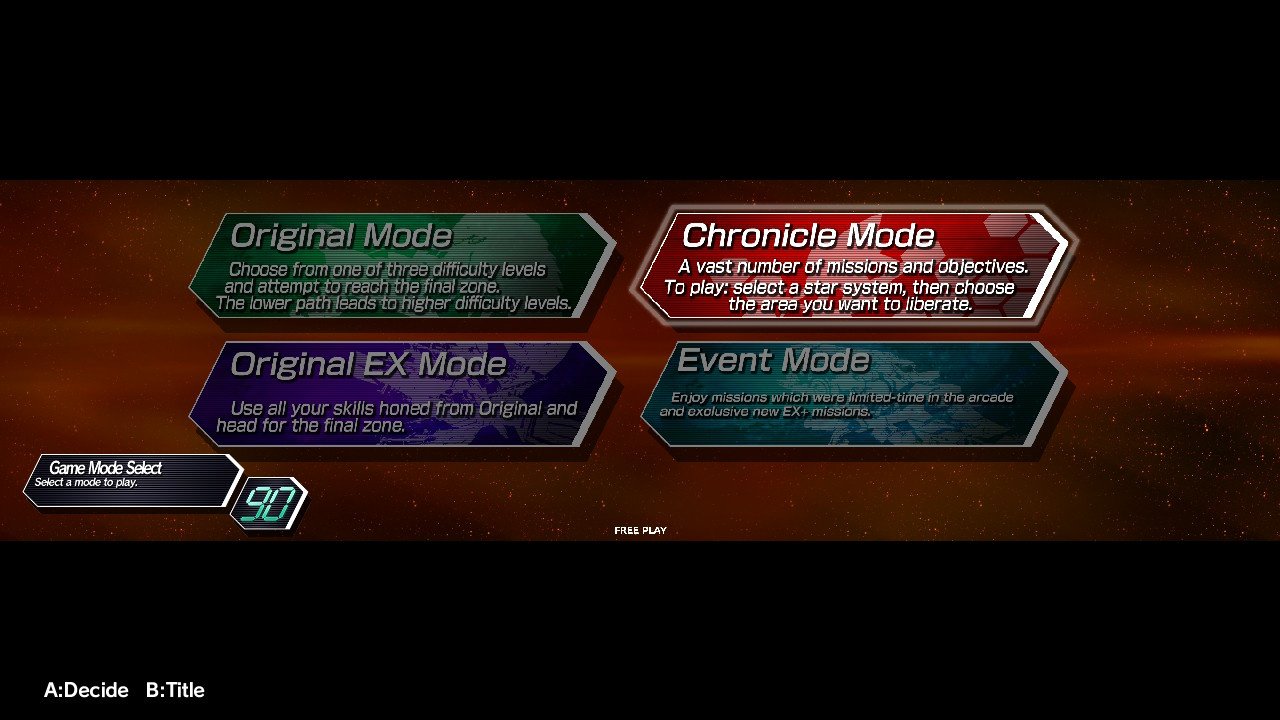 Once you have chosen your ship, you then need to choose one of four modes that the game has on offer. There is the Original Mode that offers three difficulty levels, Easy, Normal and Hard, with the goal to reach the final zone. There is an Original EX Mode that offers three even harder difficulty levels; Expert, Extreme and Exceed. There is also a Chronicle Mode that offers a vast number of mission and objectives that you can play with friends. Finally, the Event Mode allows you to play missions that were limited-time in the arcade as well as exclusive new EX+ missions. Which mode you choose will determine how you play but whichever mode you pick, you will need to be on your toes and have eyes in the back of your head because this game is challenging no matter how you decide to play it. 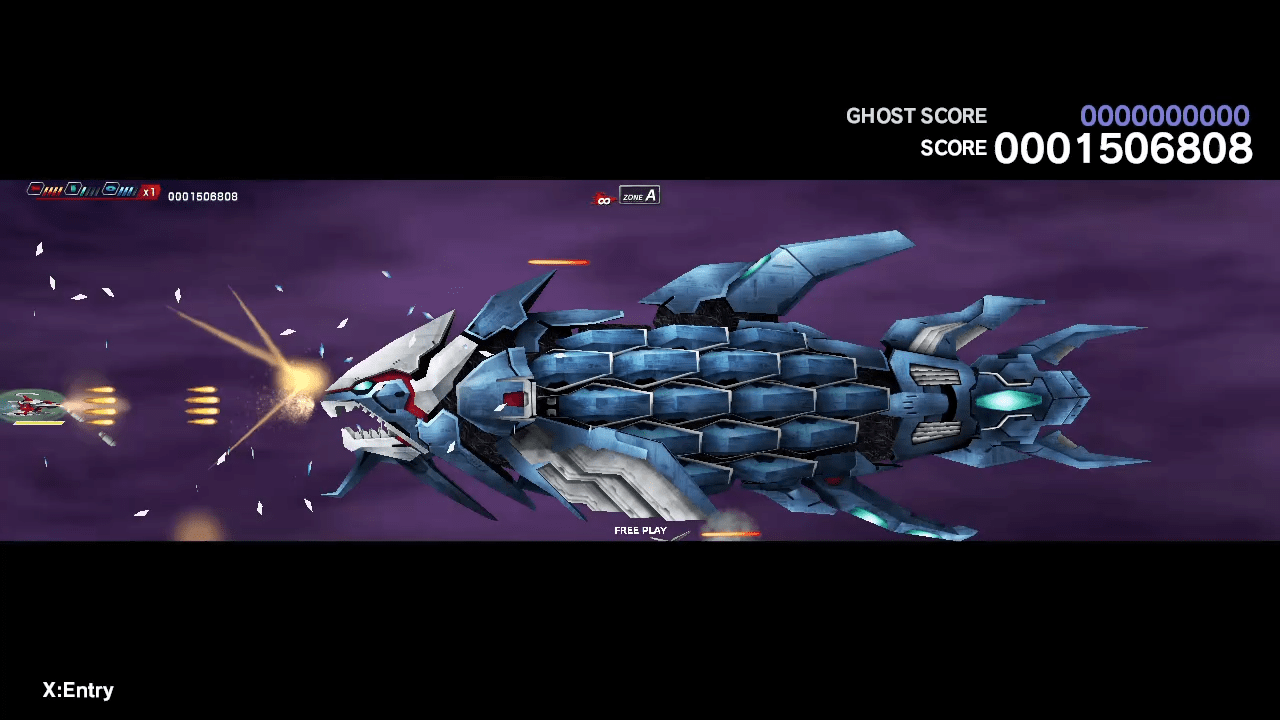 While most shmups have a heavy sci-fi theme, DariusBurst: Another Chronicle EX+ goes one further and showcases a really cool and unique oceanic-themed design of the game levels and enemy combatants. Inspired by a mix of Sci-Fi and deep-sea creatures, realized as large and small mechanical battleships of the enemy waves and the final bosses. The visual upgrade looks amazing and holds up very well on modern consoles and televisions. I played my review copy off of a Samsung 2TB SSD on a PS5 that I have connected to a 65″ 4K Visio TV and I was stunned at how brightly the colors popped and how smooth it plays even when the screen is completely covered by enemies and their weapons fire. The gorgeous sea-life backdrop is enhanced by an equally amazing soundtrack. TAITO’s in-house sound team, Zuntata, sets the tone of this adrenaline-filled blast-fest with powerful tunes that will pound your eardrums into submission. 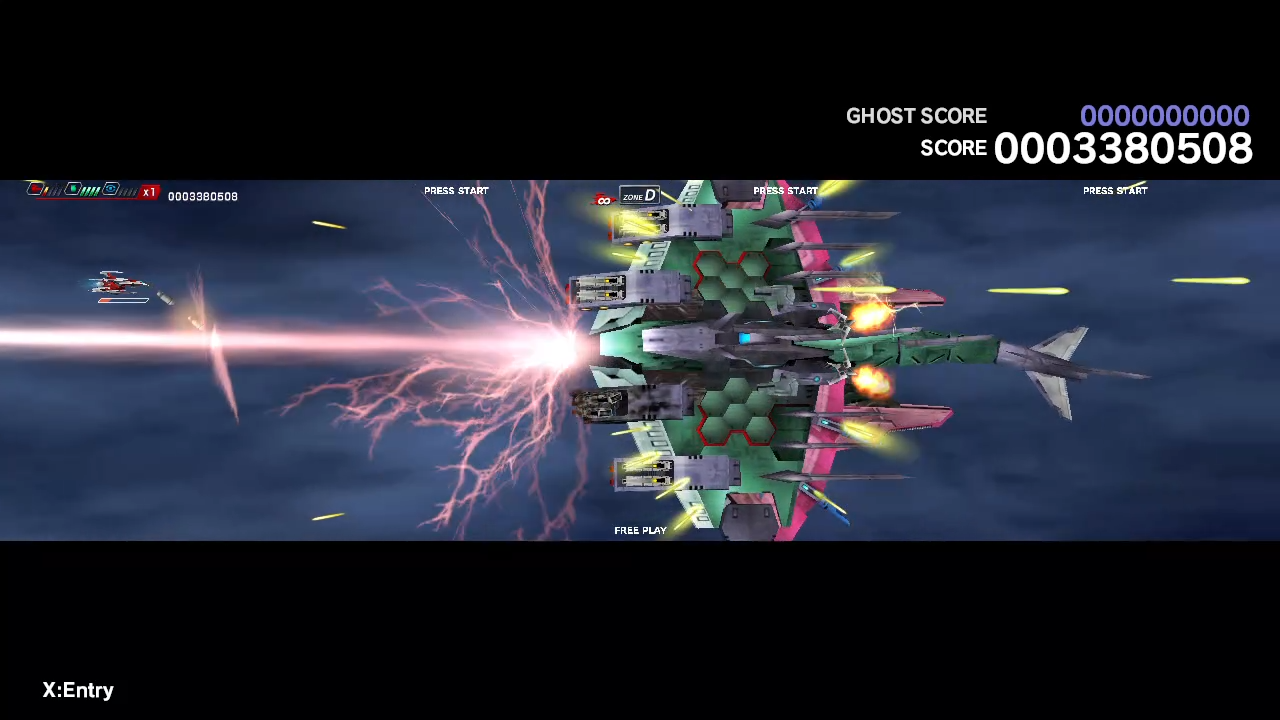 I have to admit that overall I was pleased with what Taito has on offer for this release of DariusBurst. If there was one thing that I would have to criticize is that in the Original and Original EX+ Mode, the play sessions are way too short. Each difficulty setting only offers six areas to play in but you only ever get to play three of them before you face off with the final boss. The areas you play through are dependent on which path you take through that particular level. Your choices are merely the high path or the low path with the low path offering a slightly more challenging experience. The final bosses are just bullet sponges, if I am being honest, but that is how these types of shooters are designed. It’s not a dealbreaker, however, as once you get tired of those modes, you can just choose one of the other two for a different experience. 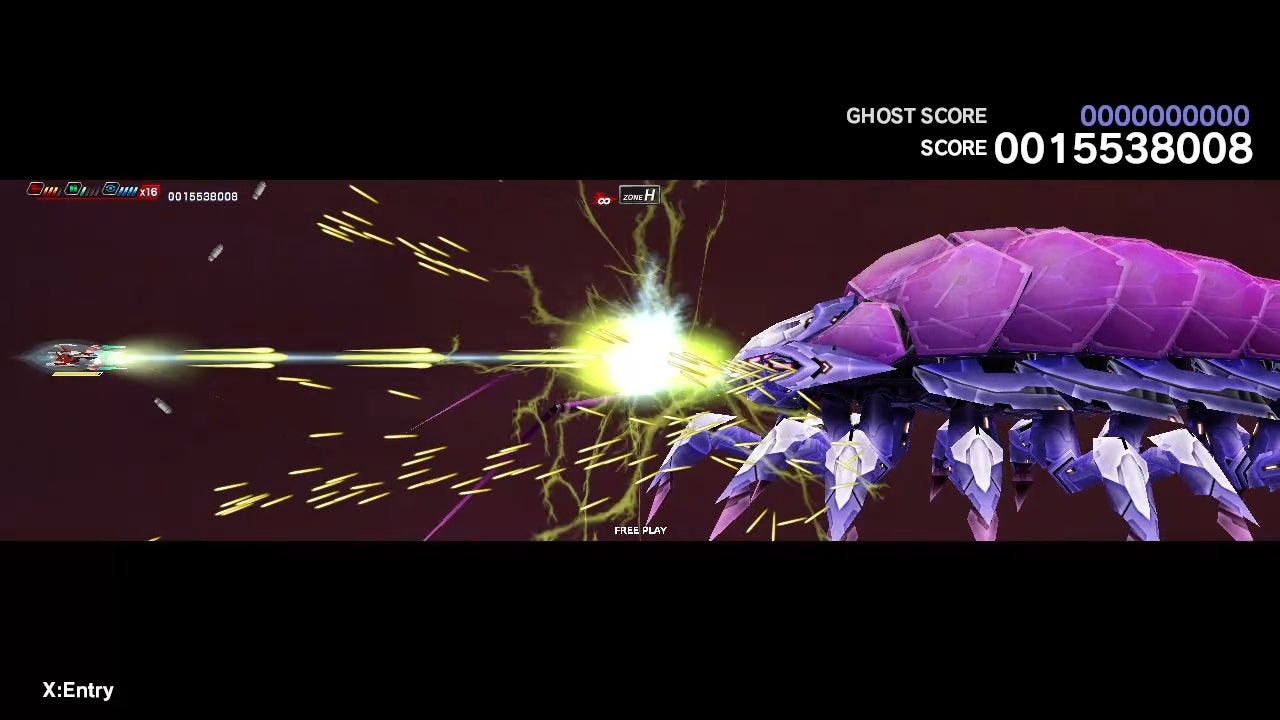 After powering my way through Ratchet & Clack: Rift Apart, slashing my way through Ghosts of Tsushima and driving my way through GTA V, it was a nice change of pace to review DariusBurst. The new multiplayer options were just what I was looking for and it was nice to be able to play with friends. The sheer number of ships to choose from kept me going back just to see how that new ships weapons systems worked with how I like to play. This game is ten years old but the updates do a very good job of making it feel fresh and new. The onscreen action is fast-paced and frenetic and kept me on the edge of my seat. There is nothing like facing a seemingly impenetrable wall of bullets, getting into that super-focused mental zone and not allowing a single one to hit you.

This review is based on a copy of the game provided by the publisher.