Hell Architect is a 2D base-building colony management simulator. As Hell’s newest demon in charge, your objective is to build your fledgling slices of the underworld into a series of successful torture colonies that would make Satan incredibly proud. Players are offered a story mode to test their management abilities, or sandbox mode to just build up whatever the black heart desires. Either way, Hell Architect offers an interesting take to the recent colony sim trend, but is it enough to keep you hooked? 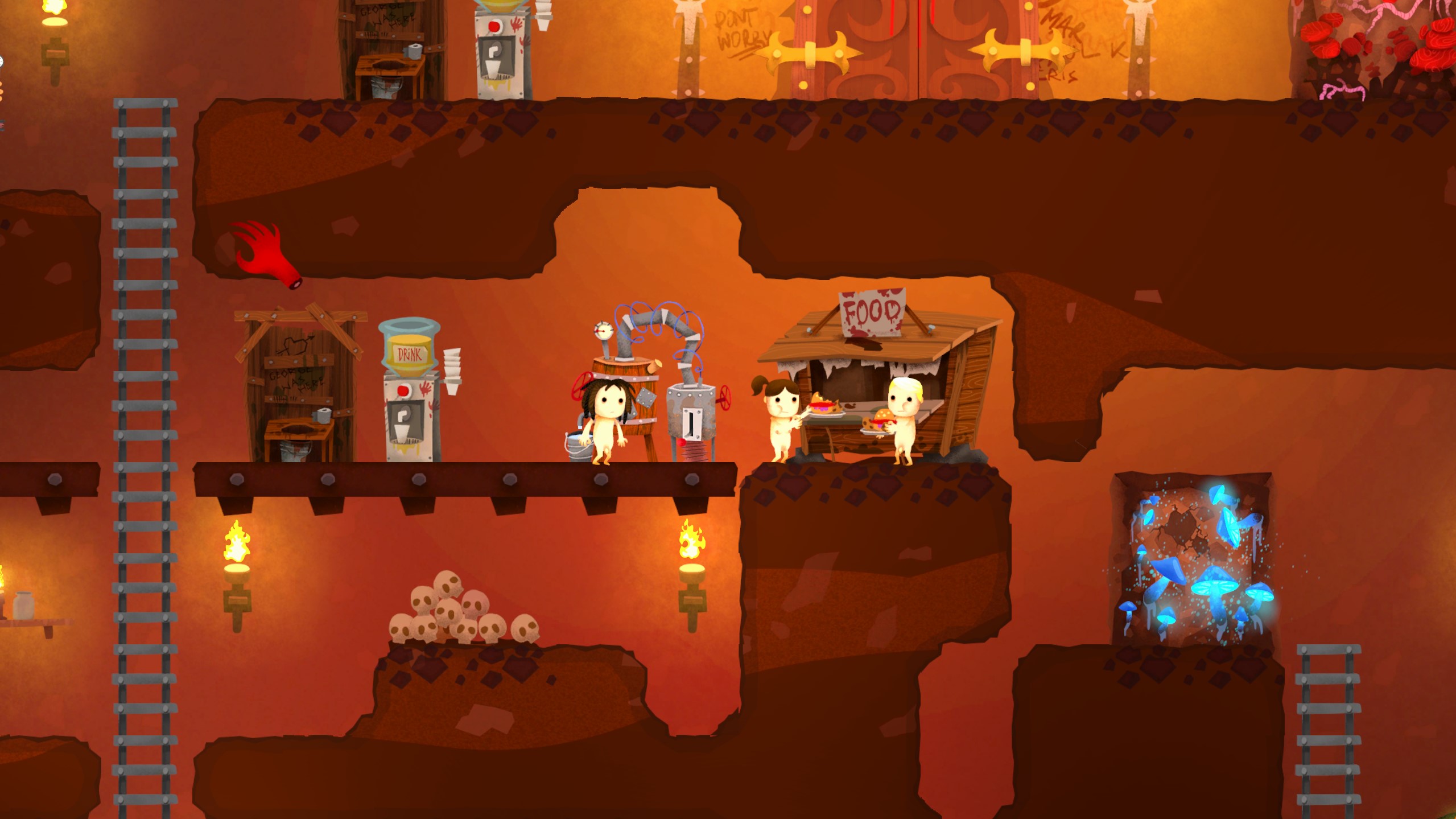 The premise of Hell Architect’s gameplay is gathering resources, crafting buildings, and fulfilling objectives set out in each of the story missions. The story mode offers up some variety in what you need to accomplish on different levels and does a decent job of moving you along with some humorous dialogue. Your sinners are at your disposal to collect, or be a source through torture, of the resources you’ll need to craft buildings and fulfill your objectives. Even though these are tortured souls meant to act on your will, they still have basic needs you’ll have to care to, like food and potty breaks. Your benevolence will keep your sinners working as efficiently as possible, so you’ll have to keep an eye on their needs.

I get that the “needs” system adds an additional element to manage in Hell Architect. But in a “Hell simulator”? This seems a bit out of place, no? Browsing around the Steam forums and other outlets, this is a sticking point for some – why do I need to worry about feeding these sinners? If they are dead, how can they use the bathroom? These are all valid points and you’ll need to get over this alternative Hell reality relatively quick if you want to get enjoyment out of this game. 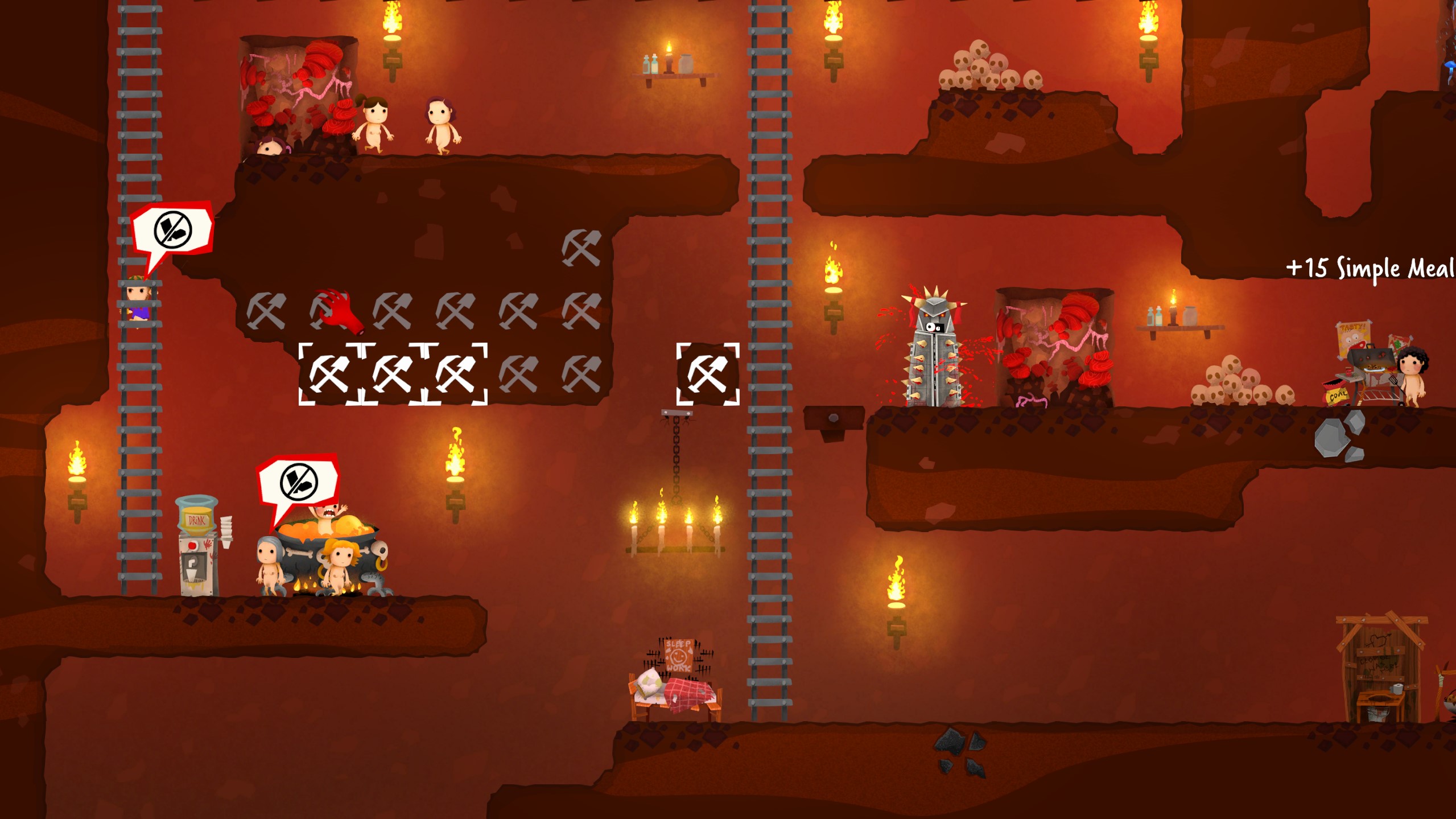 The layout and controls in Hell Architect can take some getting used to. Tasks can be assigned with the click of a mouse and you can pull up menus with both mouse and keyboard shortcuts. However, assigning basic actions can create some odd logic when you are trying to mine ore or build structures. This gets a little easier with more experience with the game, but don’t be too frustrated if something is still not built because your sinners are still pecking away at rock and debris on the other side of the map. I do have to say that the UI and controls would work well on a mobile device, so I wouldn’t be surprised if this pops up on the Apple Store in the coming months.

The look and feel of Hell Architect is a cute 2D cartoon art-style that makes light of the potentially graphic/grotesque themes of the game. Your naked sinners are traversing the depths of Hell doing your bidding, all while being tortured, sacrificed, and drinking poo water – and you don’t feel all that bad about it. Again, this style would work well on mobile devices as you aren’t going to tax your GPU scrolling around the map. 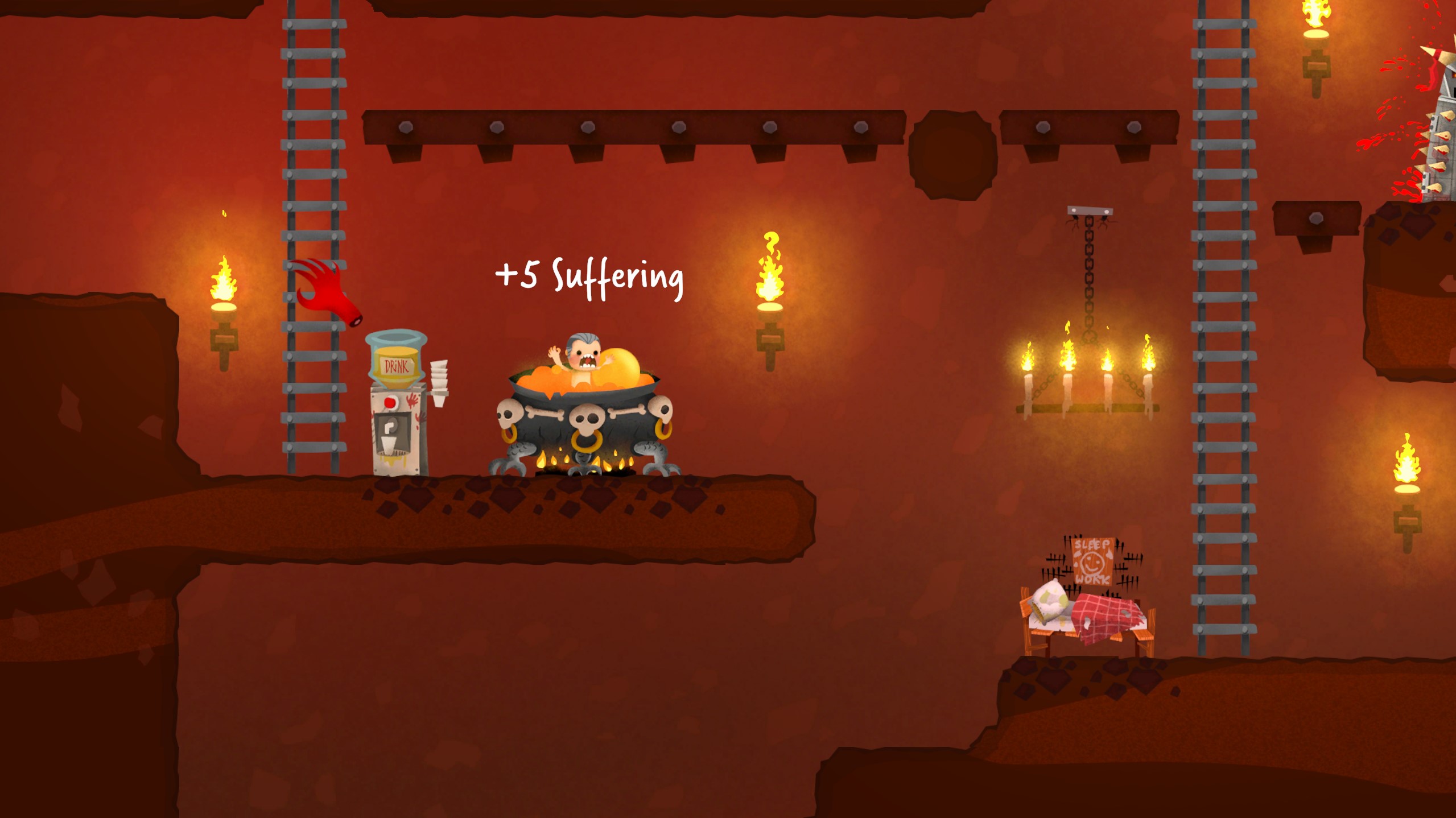 So what’s the rub? The depth of the gameplay is realized within the first couple of story missions. I’m just afraid there isn’t enough here for those of us who aren’t avid players of this genre will want to stick around for. I hate to add the weight of the cost to a review, but the price point is much too high for what you ultimately get here. Hell Architect seems like a perfect $10 game you can sink into on an iPad or mess around with from time to time on PC without the negative impact your wallet. However, it’s good to see the developers on Steam saying that once thy fix some things and update some balance issues, they will focus on new content.