You know, I’m usually a sucker for indie games with great art styles and deep storylines, and I really wish Minute of Islands did it for me. At first glance, the game features that cartoony art that I could get into. It’s also the premise that there’s more to the story than meets the eye that interested me. However, what killed it for me is its gameplay.


Here’s the gist of the story that I could muster. You take on the role of Mo, a guardian of an archipelago (which is a term used for a cluster of islands, hence the title Minute of Islands). Mo lives with her family on these islands that are powered and protected by four giant brothers. One day, Mo realizes that the brothers are in need of repair and has left the islands with some gaseous atmosphere where it can get really hard to breathe. Mo then goes on a journey to the islands wielding the Omni Switch, a stick that needs to be used to repair the brothers. 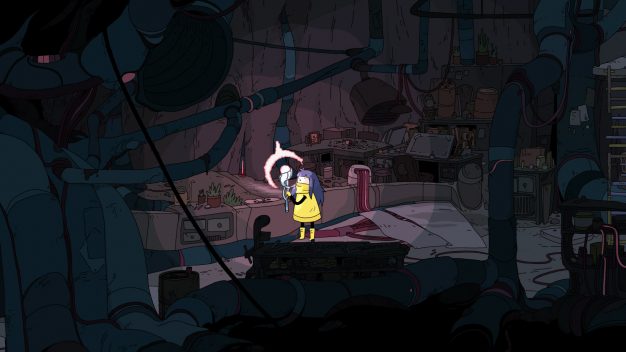 While I followed the story of Minute of Islands from the start, after the second chapter, I just lost interest. It’s nice that the game has a lovely voiceover (the game is narrated by a single person), which is great for an indie game. What isn’t so nice is that every few steps, the game stops you from progressing so the narration can happen. It’s not something that you can skip too; you’ll have to dredge on a few seconds of dialogue only to be stopped again after progressing a couple of minutes later. Sometimes the game just stops so it can pan out to show you the new area Mo has arrived in. It’s a double-edged sword: you get to relish in the beautiful scenery and art of the game, but why did it have to happen just after you’ve already spoken to an NPC just a few minutes ago for lord knows how long. 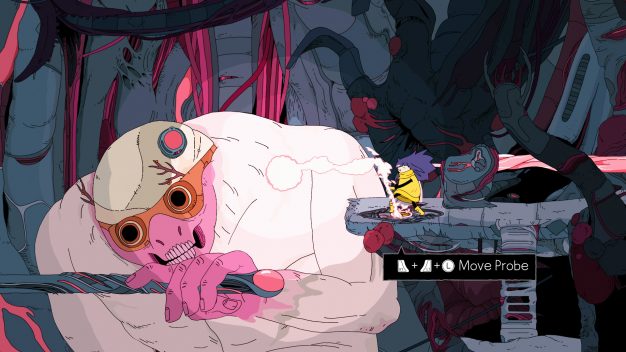 Minute of Islands suffers from sluggish pacing. If it tackled the storytelling in chunks rather than bits and pieces, I’m sure I would have paid more attention to it. I mean, it’s even fine if the story was piecemeal; I just wish there was some way to skip the narration and cut scenes, especially for those who would like to replay the game and fast forward the story. 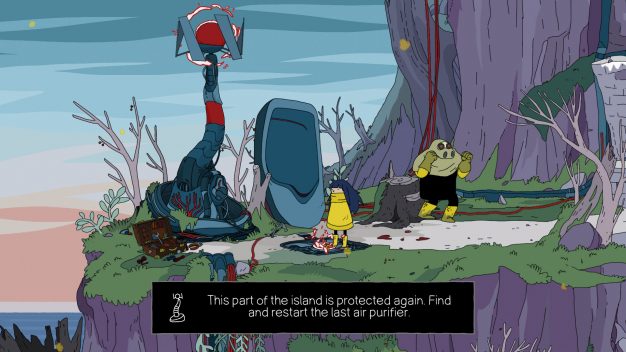 I also did not think that I would get annoyed by something so “minute” like jumping up and dropping down a step. Let me explain. Minute of Islands feature some light platforming that involves jumping and dropping down steps, cliffs, etc. For some reason though, the developers created these half-steps, i.e., platforms that can be reached by jumping halfway that are usually clustered above a climbable platform. It’s so frustrating though, that those half-steps are everywhere, and most of the time jumping up and dropping down these platforms take some type of precision. With the amount of backtracking you’ll have to do in Minute of Islands, these half-steps will be the bane of your existence. It’s just something you wouldn’t notice watching a gameplay video, but will when you play the game. 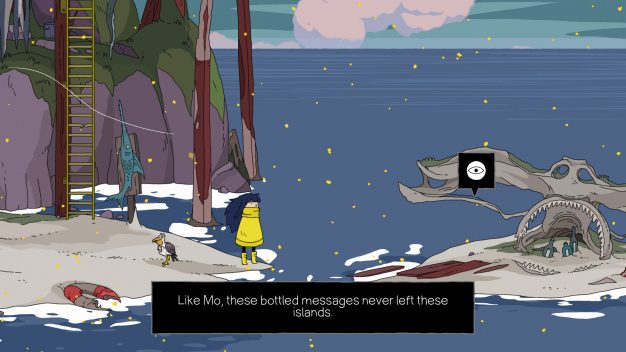 The post REVIEW / Minute of Islands (Switch) appeared first on That VideoGame Blog.