That VideoGame Blog
REVIEW / The Wardrobe: Even Better Edition (Switch)

Well, it’s better late than never here at That VideoGame Blog, because this is a review of The Wardrobe: Even Better Edition for the Switch. The point-and-click adventure game is a homage to the good ol’ days of the genre, using a hand-drawn art style. The original edition of the game was launched in 2017, and this newer edition was launched for the Switch in 2019? To be candid, I’m quite confused about the timeline, and my quick research of what’s new with this edition really didn’t come up with anything for me either. All I’ve uncovered was that the original edition was released for the Switch and then delisted when this new edition replaced it.

Anyway, the quick sitch about The Wardrobe is that you play as Skinny, one half of a pair of childhood best friends who ended up dying and decomposing quickly to a skeleton after consuming a plum while his best friend, Ronald, witnessed the scene. Cursed inside a wardrobe (that looks like a coffin) in Ronald’s room for some time, Skinny one day realizes that he must confront Ronald for both of them to move on. However, Skinny has such great timing, since the day he picks is the same day as Ronald is moving out of his house. The situation gets even worse as Skinny’s cursed wardrobe is what keeps Skinny “alive” and must be transported to Ronald’s new abode. 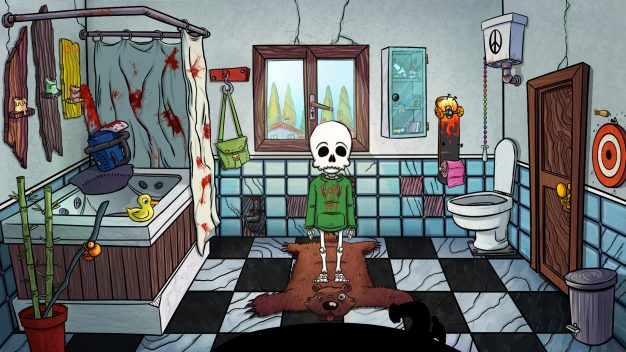 Crazy plot aside, The Wardrobe utilizes gameplay elements with what you’d expect a point-and-click game from that era would use. You interact or pick up items to solve puzzles and barriers, sometimes needing to combine two or more items to create a new one. You also interact with some zany characters to get important clues and items to progress. When I say “zany,” I really mean it too. The cast of characters here aren’t just your average living human beings; there will be ghouls, trolls, and famous people from the past that you will have the chance to chat with. 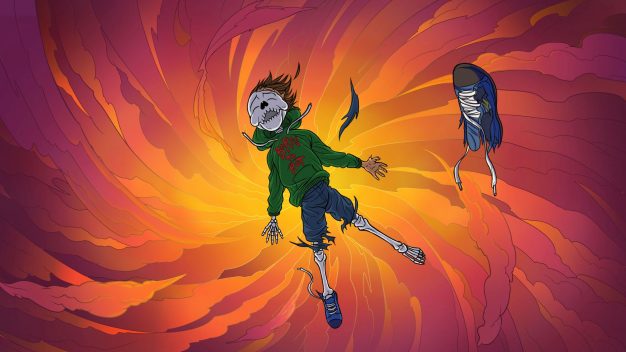 I think one of the unnecessary features of the game is giving almost all of the interactive things in the game the same interaction options: look, pick up, touch, and chat. First of all, there is really no difference between picking up and touching something, and in fact, 99% of the time, you’re more likely to use the pick up option than the touch. Granted, when you pick an option that’s not conducive to the interactive item in question, Skinny uses one of the default “I cannot do that” dialogues in his arsenal. Expect a lot of these dialogues if you choose the touch option, by the way. 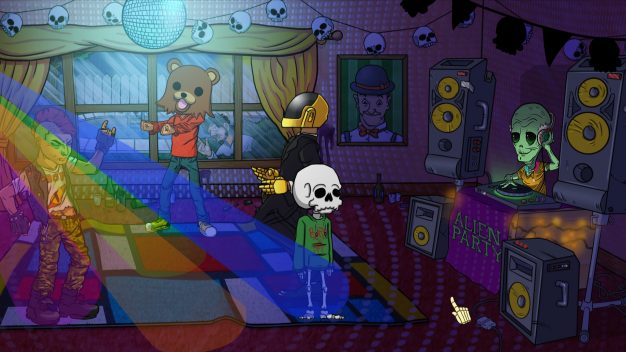 Second, why oh why do I have to exhaust all four options to figure out who can be conversed with especially in such a silly game like this? As I mentioned earlier, there are many things in the game that you would not expect to be conversation options until you pick the chat option. An example would be a big lump of dust in the first chapter of the game; I mean who would have known? It would have been easier if the developers just cut off some of the options that weren’t necessary for the interactive things, which, funnily enough, have done for some of them. However, here I was, after finding out that you can chat with a dust bunny, now exhausting all options for every single thing I encountered in order to figure out who can speak with Skinny or get the “Are you dumb?” default dialogue from him. 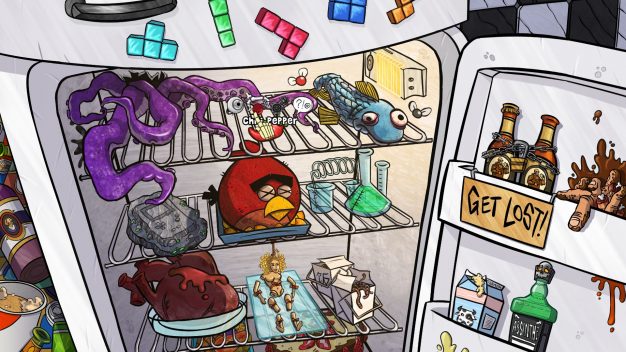 My final gripe with The Wardrobe is the lack of hints or a push in the right direction. I’ll tell you right now, the puzzles in this game have the most obscure solutions, and that is to be expected for a zany game like this (you are controlling a cursed skeleton after all talking to dust bunnies and squirrels). However, no one, not even Skinny himself, will throw you a bone when you’re out of options of what to do next. Yes, I resorted to a walkthrough halfway through the first chapter to figure out that you can chat with a dust bunny, and then realized I had to do it again in the second half of the game after just hitting a point of exhausting everything. 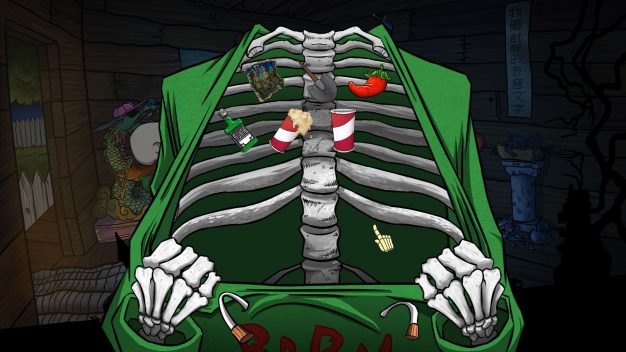 It’s not all bad though. One of the things that captured me about The Wardrobe is that it is full of geeky references that really tugged at my childhood heartstrings. One of the more memorable ones is with the Aku Aku mask, where if you interact with it, Skinny will do the noise that it does when you pick up that mask in that bandicoot PS1 game. Every single scene in here has at least one reference that you can recognize and appreciate. The developers sure had a great upbringing as I did. 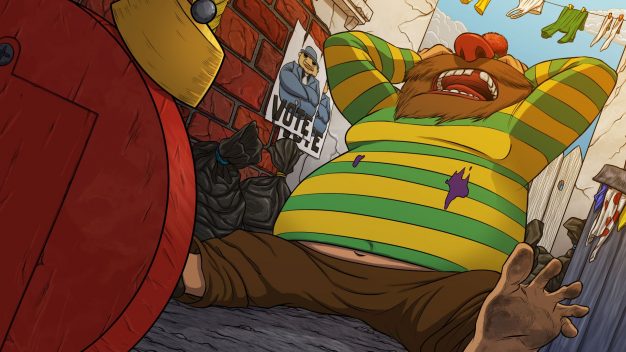 The Wardrobe is an okay point-and-click game. It’s short, it’s witty, it’s crazy, and it’s a little hard to figure out sometimes. It’s a homage to that genre and full of nerdy references that surely anyone who grew up during that era will definitely appreciate.

The post REVIEW / The Wardrobe: Even Better Edition (Switch) appeared first on That VideoGame Blog.