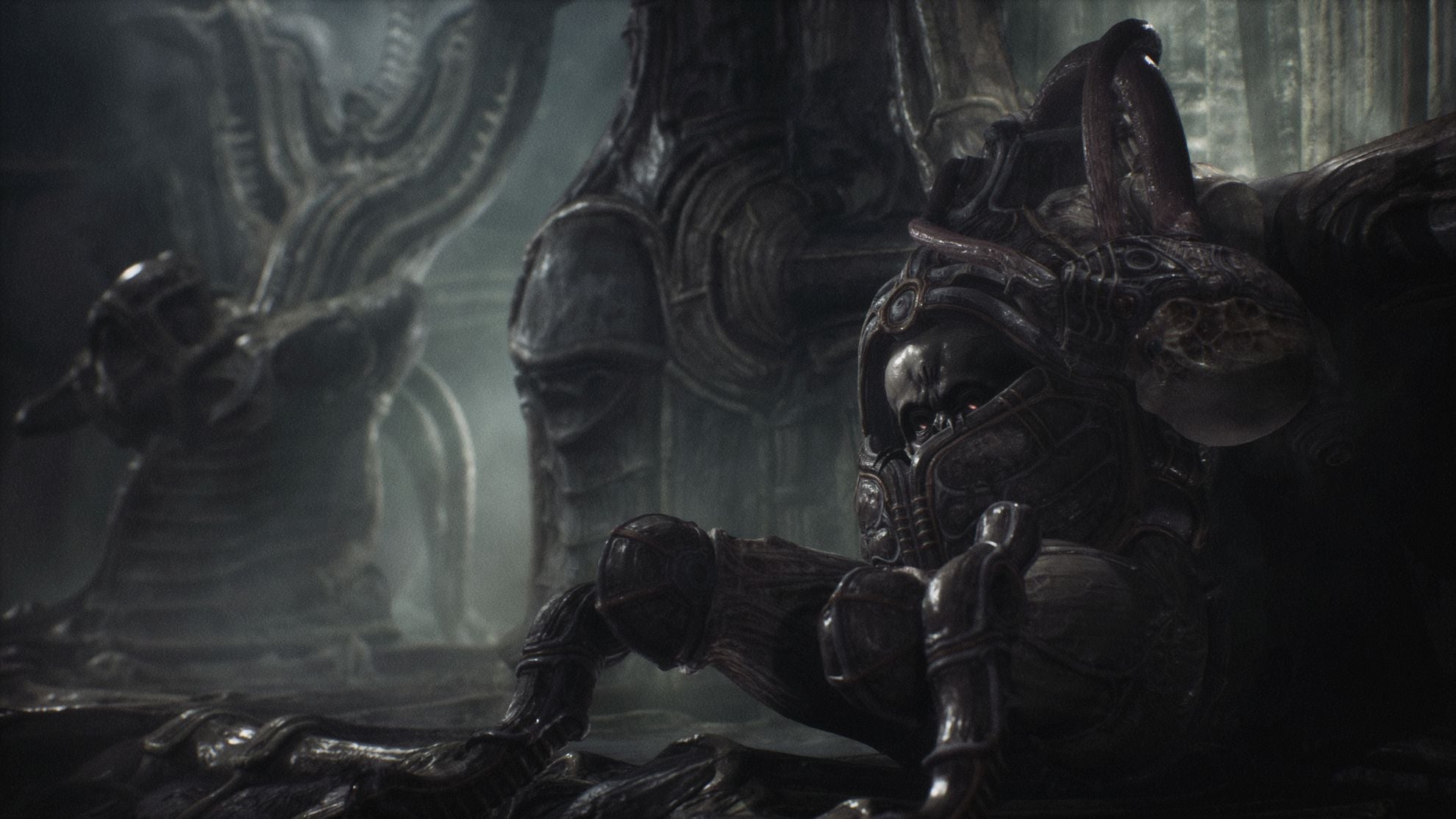 If there’s one thing we’ve been lacking in recent years, it’s truly terrifying horror games. Thankfully, you won’t have to wait too much longer as Scorn is coming to scare players silly in 2022. First revealed in 2016, Scorn has been a project that many thought would never see the light of day. Thankfully though, it appears fans won’t have to wait another six years for it, as the H.R. Giger-inspired shooter will be crawling its way onto PC and Xbox series X/S next October.

Originally starting life as a Kickstarter, since smashing its initial funding target, this indie sci-fi adventure has morphed into an ambitious and intriguing-looking horror title. You can take another glimpse at Scorn’s Alien-inspired aesthetic in the atmosphere-setting new teaser-trailer. Alongside revealing the highly anticipated release date, Serbian developer Ebb Software also released a development update on its Kickstarter page, giving fans a behind the scenes look at the development process.

In this update, Ebb Software’s CEO, Ljubomir Peklar, confirms that Scorn has now hit “75 per cent completion”. So why the lengthy wait? Well, Scorn’s community manager states that the extra ten months will “ensure that Scorn is the best game it can be.. Mysterious, delicously dark and oozing with atmosphere.” We don't know about you, but we love a good ooze.