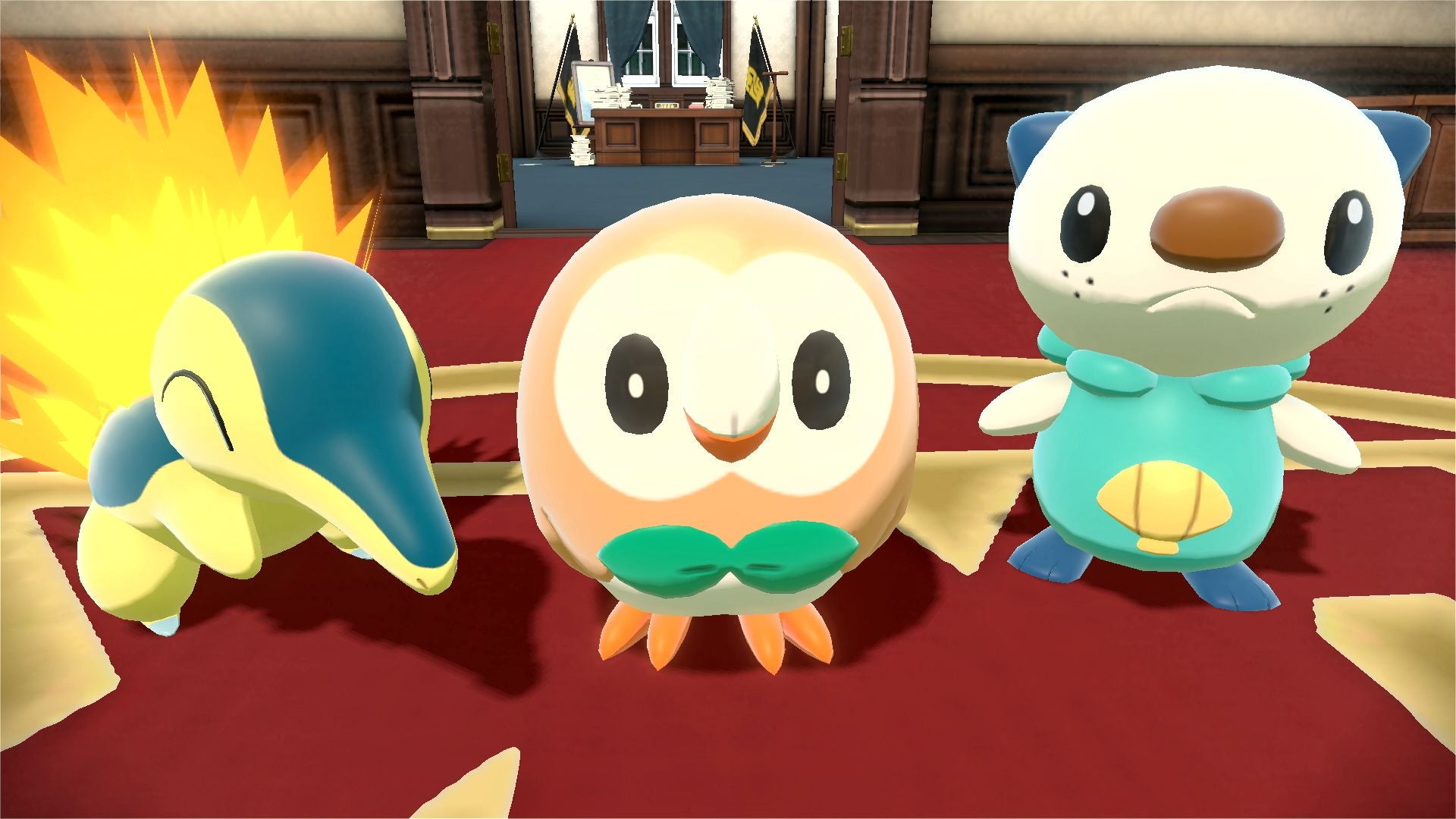 This Pokemon Legends: Arceus video starts off showing the lovely fields and meadows of Hisui, which will eventually come to be known as the Sinnoh region, before delving into some gameplay details.

After showing some bits of the region, it then goes into how you will be collecting raw materials for use in crafting. Craftable items include lures, healing potions, smoke bombs, and crafting the "mysterious" invention known as a PokeBall. Your Pokemon team can help you collect these materials too, but the majority can be found by breaking rocks, picking plants up, and defeating or catching Pokemon in the wild.

After the crafting segment, the video switches to focus on Pokemon you can catch in the wild. There will be plenty of creatures, and the weather conditions and time of day will determine which are hanging around. Different species also have different temperaments. Some like Bidoff will ignore you as you approach, while others such as Starly are more skittish and will run off.