Mass Effect: On This N7 Day, My True Love Gave to Me… A New Teaser Image

It’s been eleven months since BioWare released that provocative teaser trailer for a future, still-unnamed Mass Effect title. Since today is November 7th — or N7 day for Mass Effect fans — the developer published a tweet with some new artwork that invites much speculation on the future of the series:

We have another #N7Day surprise for you from the team working on the next Mass Effect.

Thank you all for being the best fans in the world! pic.twitter.com/kUwASGJhcx

We’ve also included the complete image below, so get your speculatin’ hats on! Personally, I am very much a Mass Effect newbie, having only played about 1.1 of the trilogy thus far. But even I can recognize the suggestion of a Geth when I see one, and it’s right there to make us wonder why. IGN’s Adam Bankhurst has some major thoughts on what this image means and how it may or may not tie into the original trilogy and Mass Effect 3‘s Geth character, Legion.

Beyond the Geth-like crater that dominates the artwork, we can vaguely make out the crew who have stepped outside the ship (itself marked “SFX”), with two humanoids, one very much a Krogan, and perhaps even a Turian?

Take a look below, and let us know what you see and what you think! What do you hope to see in the next Mass Effect title? 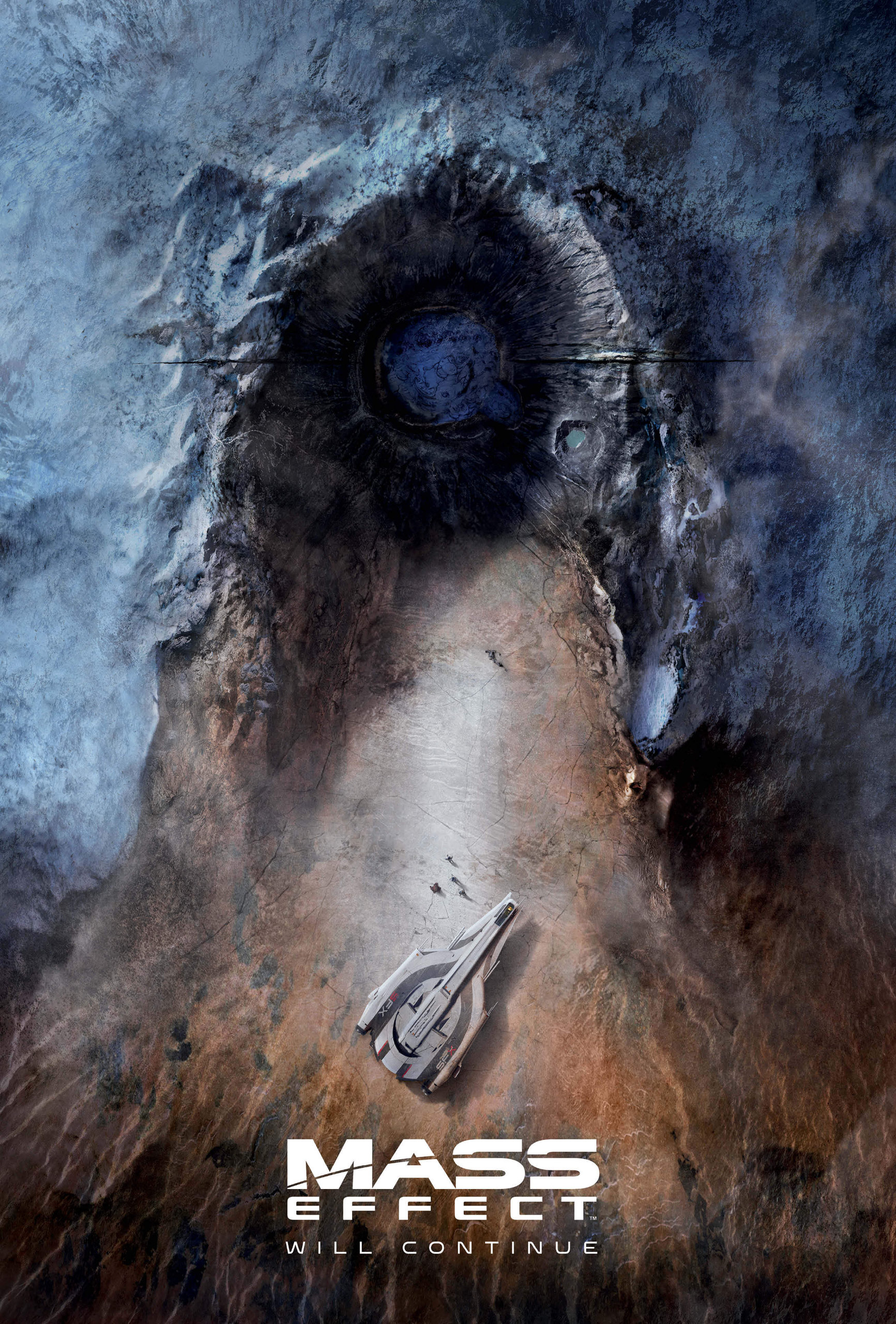