I’m no stranger to Magic: the Gathering creator Richard Garfield. I even interviewed him for a piece on this very site, some time ago. And I’m always interested to see what he’s worked on. That was one of the reasons I was drawn to Roguebook, but the game has more going for it than the co-creator’s name. We get opportunities to review roguelikes all the time, but it’s rare that one appears on our list that really tries something different with the genre. It may not be a revolution, exactly, but I like what Roguebook is doing, and I hope to see more games like it in the future. 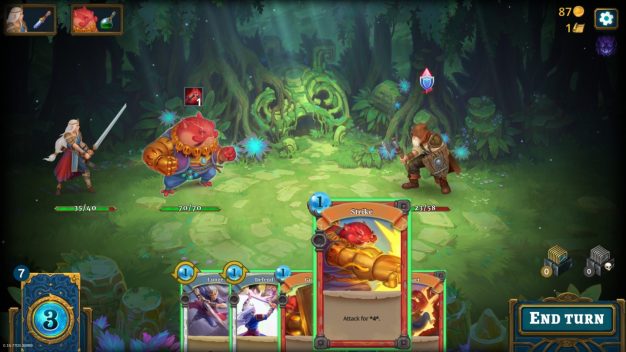 Each “stage” of Roguebook is a page in the titular book, and characters have limited resources to uncover spaces on a grid and make their way to the page’s exit. Along the way, they collect items, get new cards for their decks (which I’ll get to a little later), and fight enemies to win resources. It’s not as confusing as it might sound, but it’s not easy, either. Some aspects of the gameplay loop are better explained than others within the game, and it doesn’t exactly drop you into a practice stage either. The first time I played, I got stumped on the first page and had to start over. Combat, meanwhile, plays like a deck building game, as you draw the cards you’ve added to your deck and use them for various battle actions. Combat usually involves a mix of both blocking and attacking, and you also need to pay attention to which of your two characters is in front, which adds to the challenge. Once you get the hang of it, it is a lot of fun. 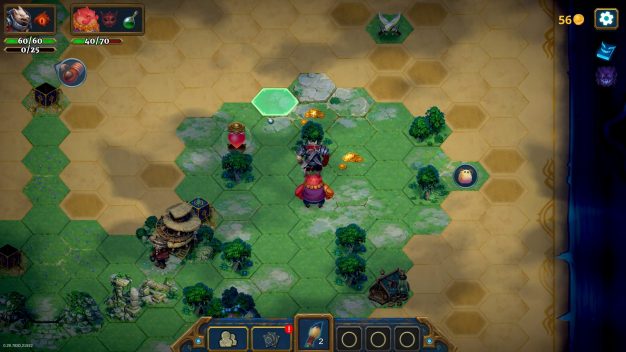 Roguebook’s visual style is appealing, too, though it isn’t anything to write home about. The hand-drawn visual style is always nice to see, especially for fantasy games, so I can’t complain there. While there are only four playable characters, they do have some pretty interesting designs. I like to use Seifer, the demonic werewolf; and Sorocco, the big red frog-ish tank character. The cards all feature compelling art of the characters, so building a deck is nice and fun. And I can definitely appreciate the various symbols on the map, and how easy it is to tell them apart. 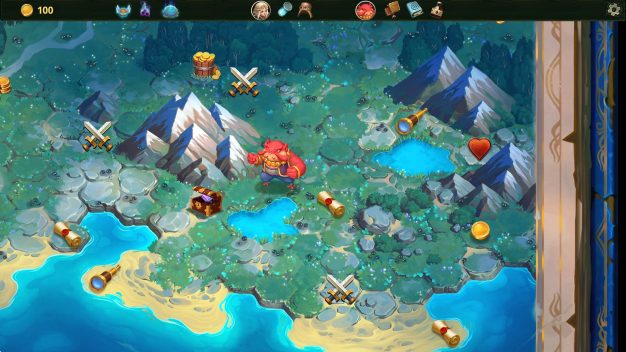 I talk a lot in my reviews about seeing the same kinds of things over and over again; I often start off by comparing the new game to something familiar. But Roguebook is something that I, at least, have never seen before, and it should be commended for that. It combines strategy, RPG, roguelike, and deck building gameplay in a way that doesn’t always come together perfectly, but is a lot of fun when it does. The complexity and the fact that it would be hard to release it on consoles will probably prevent it from becoming the next big indie success story, and there is definitely some barrier to entry. But what’s here is fun, as long as you’re willing to get into it.